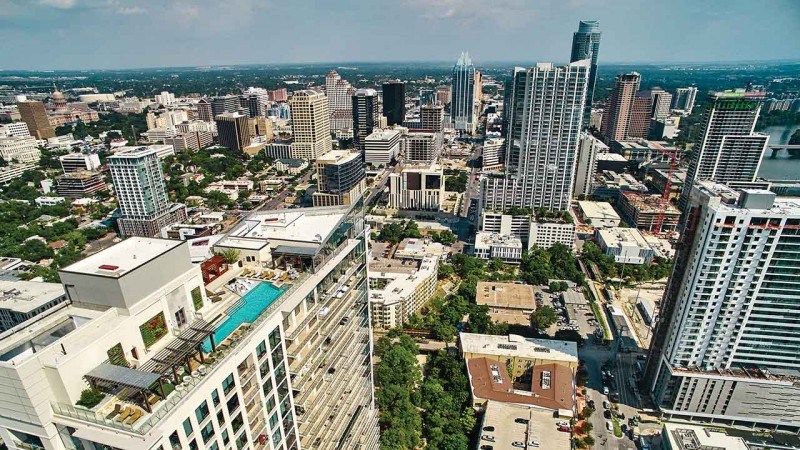 Continued low interest rates, strong job growth and a healthy appetite for new houses from both local and out-of-town buyers spurred Austin-area builders to start work on a record number of houses in the past year.

Builders started 13,611 homes in the 12 months that ended in June, an all-time high, according to market research firm Metrostudy. Five years ago, with the tech industry still booming, the figure was 5 percent lower.

Central Texas builders are starting houses faster than they’re selling them. Second-quarter starts were up 11 percent year-over-year; closings were up 9 percent. And the supply of finished but not yet occupied houses and houses under construction climbed 19 percent in the quarter, to 7,328, also an all-time high.

It’s too early to tell if that increase will bring prices down for buyers, because most of the growth was from houses that were still being built. If the number of closings doesn’t catch up in the current quarter, the supply will rise further, “which will increase the competitiveness of the market,” said Eldon Rude, director of Metrostudy’s Austin division.

The housing market has been bolstered by mortgage interest rates that remain below 6 percent and the region’s healthy job growth. Through May, the most recent data available, there were 17,400 more jobs in Central Texas than there were a year earlier, a 2.6 percent gain.

The construction pace indicates that builders are confident that there are still plenty of buyers either already here or moving in, but that optimism isn’t the only thing fueling the activity. Builders are starting more houses in part to try to capture a bigger piece of the market by assuring they have a good supply of completed or almost-ready homes, Rude said.

Rude said most of the speculative houses are priced between $100,000 and $250,000, but there’s also been some speculative construction in higher price ranges as part of an overall rise in high-end building. Builders started work on 616 houses priced above $500,000 in the 12 months that ended in June, compared to just 382 in the same period a year ago — a 61 percent jump.

Toll Brothers, which sells houses in the Austin area for an average price of about $550,000, expects to nearly double its local starts to 200 houses this year. It expects closings to double from 95 in 2004 to 180 this year.
“We’re seeing an influx of relocating buyers, and a great deal of them are still coming out of California or at least out West,” said C.J. Rogers, Toll Brothers vice president for the Austin and San Antonio area. “We are seeing some people coming in from the Northeast as well.” Rogers said his company has buyers for most of the houses it’s building.

Austin-based Lamar Homes has 10 houses under way, compared with 10 starts for all of last year. Half of the houses, which are priced between $529,000 and $1.2 million, are speculative. The company has received calls from interested buyers even before some houses were officially on the market, said founder Gerald Lamar. He expects to start six to eight more houses by the end of the year.

Most of the activity remains focused on houses priced between $150,000 and $500,000. Rude said the slight decline in starts for houses under $150,000 has more to do with the increased costs of building, including land and materials, than a shift in the market. Builders are having to charge more for the same house.

Construction in the below-$150,000 market remains strong after years of significant growth. Austin-based Main Street Homes, which specializes in homes for first-time buyers, closed on 105 Austin houses last month, compared with 63 the previous June, and started 67 houses, compared with 52 the year before.

The company’s hottest subdivision is Colonial Trails in South Austin, west of Interstate 35 between Ben White Boulevard and Stassney Lane. Opened in May, the 103-lot project is expected to sell out by the end of the month. Prices there range from just under $100,000 to $157,240. “We’ve basically sold a home a day,” Main Street President Steve Bartholomew said.