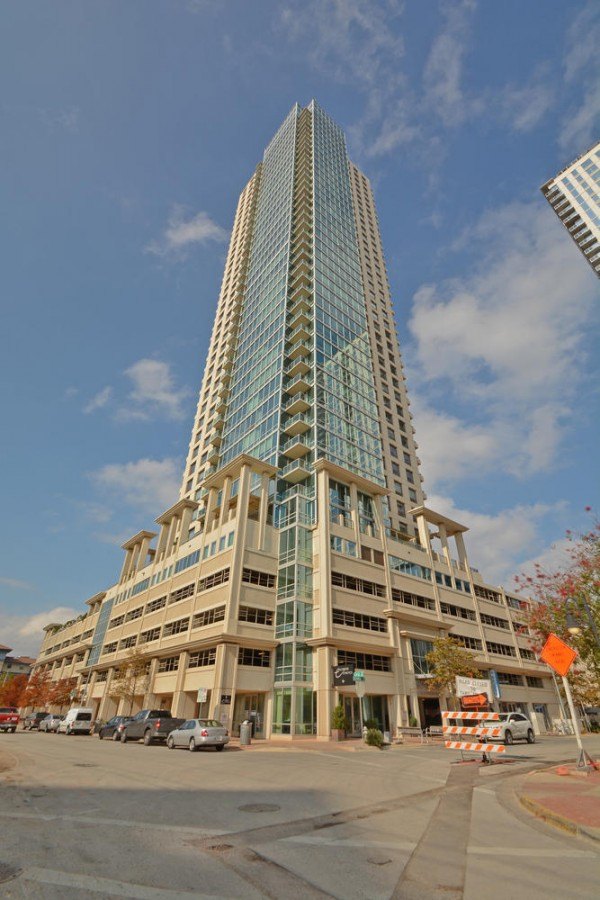 A dramatic change is coming to Austin’s skyline, with plans under way for a $60 million condominium high-rise that would tower 36 stories over downtown Austin’s southwestern edge.

Developers expect to start construction in about a year on the tower, at West Third and Bowie streets.

Developers and city officials said the project represents the kind of density they want to encourage downtown.

But a neighborhood representative said that a 36-story building is not appropriate so close to residential areas and that the project will worsen traffic and parking problems in an already congested area.

Called Spring, the tower would be just west of the Gables West Avenue Lofts and two blocks south of Whole Foods’ flagship store.

The building will have several levels of parking above and below ground, plus ground floor shops with 20-foot-wide sidewalks shaded by awnings.

Plans call for 220 condominiums priced from about $200,000 to $400,000, said Larry Warshaw, who is developing the project with Perry Lorenz, Robert Barnstone and Diana Zuniga.

Lorenz and Barnstone were partners in the Nokonah condominiums on North Lamar Boulevard and West Ninth Street. Warshaw and Lorenz co-developed the Pedernales Lofts condominiums on East Sixth Street. Zuniga, a well-known broker, also is a principal in the partnership that is selling the land.

Although some neighborhood groups have opposed other high-rise plans in the area, the developers say their tower would not block views of downtown or the state Capitol.

The project will require a zoning change because the tower will be 400 feet, nearly four times the site’s existing 120-foot height limit.

“There will always be folks who think a building is too tall,” Lorenz said. “You have to weigh those personal preferences against city policy and good urban planning principles” that encourage density downtown.

Mayor Will Wynn said the project will mean a significant increase in tax revenue without requiring additional public investment in infrastructure or services. Barnstone estimated that the building would pay $1.5 million a year in property taxes.

“This is exactly the kind of concept that will help create a more compact city and hopefully take pressure off our more fragile Hill Country areas,” she said.

Richard McCown, chairman of the Old West Austin Neighborhood Association west of Lamar, said residents will have “great concern” about the project’s height and the additional traffic.

“That’s too close to the neighborhood with that kind of density,” McCown said. “It’s a small tract, and the height is going to be significant.”

Jeff Jack, past president of the Zilker Neighborhood Association south of downtown, said the project could set a precedent for “intrusive buildings along the edge of a residential neighborhood.”

Jack said he’s also concerned about traffic, although the Spring developers say their project will generate a lot less traffic than would a commercial project, which could be built under the current zoning. They say many residents probably will walk to work and nearby shops and restaurants.

Barnstone often cites Vancouver, British Columbia, as a city that has embraced high-rise development while maintaining its scenic beauty and liveability.

Spring will be designed by Foad Rafii, a Vancouver architect, using design principles that maximize the amount of usable space on each floor.

Developers said that will help keep prices well below those of other new downtown condominiums, which average $500,000.

Developers said there will be four to six units per floor but didn’t have specific sizes.

“For the first time,” Lorenz said, “living in downtown Austin will be a real option for teachers, firefighter, young professionals and middle-income families, not just the very wealthy.”