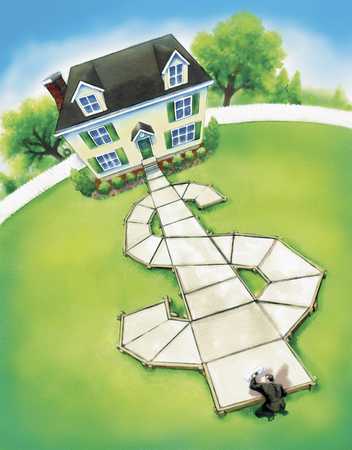 The article below is from the Austin American Statesman.

Market research firm Residential Strategies Inc. reports that annual housing starts and closings set a record in the 12 months that ended in September, with starts up 21 percent compared with the same period a year earlier and closings up 26 percent.

“The market is performing much better in the late summer and early fall than it has in those time periods each of the last three years,” Residential Strategies Austin partner Mark Sprague said.

“I think the local market is moving in the right direction and finally beginning to pick up momentum,” said Terry Montgomery, president of Pulte Homes’ Austin division, although Pulte did not increase its starts during the past quarter.

Starts for houses priced at $250,000 or more increased 34 percent in the 12-month period compared with the previous year. Starts of homes priced higher than $500,000 were up about 130 percent.

Sales of mid- and high-priced houses were hit the hardest after the tech bust of 2001, and many builders shifted toward more affordable homes for first-time buyers. That segment remained strong as low mortgage rates allowed renters to buy homes.

Rates have been low for so long that the pool of first-time buyers has shrunk, and even small upticks in mortgage rates are dampening demand for entry-level houses.

Meanwhile, an influx of homeowners moving from higher-priced markets such as California is undeterred by the rising cost of borrowing.

The impact of the newcomers also can be seen in the diminishing supply of spec homes, or houses built without a buyer. Those homes are aimed at people who want a house right away, which includes newcomers to an area.

According to Residential Strategies, the number of finished, vacant new houses fell from 2,234 at the end of the second quarter to 2,005 at the end of September, although some of that reduction is seasonal.

Builders also are backing off of the bonuses and high commissions they had been paying real estate agents to sell the spec homes.

“In Austin, you’re not seeing the deep discounting you saw last year when you had really high Realtor commissions on standing inventory,” Sprague said, adding that commissions have fallen from as high as 9 percent this time last year to between 3 percent and 5 percent.

Central Texas’ boom continues unabated at a time when many West and East coast markets are cooling.

Meanwhile, local job growth is slowing. The five-county region — Travis, Williamson, Hays, Caldwell and Bastrop counties — reported an annual job growth rate of just 1.9 percent in August, down from 3 percent at the beginning of the year.

Sprague and Wilson said the slowdown in job growth so far has had no impact on the housing market.

The high demand is not limited to the new home market.

Sales of existing houses listed in the Austin Board of Realtors Multiple Listing Service set a record in August when 2,759 were houses sold, up 28 percent from the year before and the largest single-month figure ever.

The number of existing houses on the market is down to about four months of inventory, the lowest since March 2001, according to the Real Estate Center at Texas A&M.