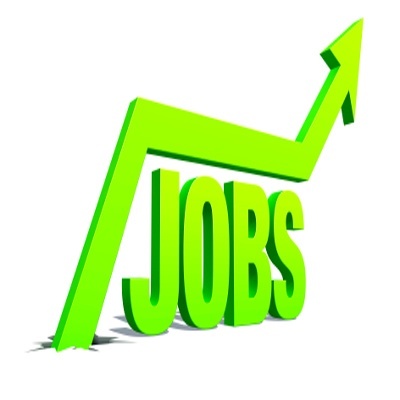 The article below, from the Austin Statesman, is yet another indication that Austin’s real estate sales and rental markets may have seen the bottom of the recent three year dip. Back in 2001, when Austin bled jobs, we felt it almost immediately in the residential real estate market. In order for the rental and sales market to thrive, there has to be a steady stream of newcomers to the area coming to fill new jobs. When that activity stopped in 2001, the rental and resale markets suffered – that is all except for the new home builders who sinply sold to all of our remaining good renters.

With job growth in Austin looking good again and companies hiring, the office market becomes a leading indicator of what’s in store for the residential market. The investors that are buying large office buildings in Austin have done a lor more research than you or I, and they like what they see with regard to Austin’s economy and job market. Read the article below.

Austin Statesman Oct. 13, 2005
Central Texas office buildings have more tenants than they have had in four years, and rents have rebounded to a three-year high, according to the latest report on the region’s commercial real estate market.
Area brokers say companies of all sizes are hiring, feeding a demand for office space and underscoring the growing strength of the region’s job market.

In the third quarter, office space in Central Texas was 14.7 percent vacant, the lowest level since mid-2001, according to Colliers Oxford, a commercial real estate firm. Overall average rents hit their highest level in nearly three years, with space leasing for an average of $20.27 a square foot.

In downtown Austin, some landlords are getting as much as $40 a square foot, Colliers said, a figure not seen since the tech boom.

“Markets tend to run in seven- to 10-year cycles, so this may be the beginning of another upward swing,” said Mike Kennedy, president of Commercial Texas, an Austin-based office brokerage. “Austin has doubled in size every 20 years since it was founded, so it comes in fits and starts, and this looks like it’s another start.”
That demand is thanks to job growth, which drives the health of any office market. Central Texas’ jobless rate was 4.3 percent in August, the lowest in more than four years.

New arrivals
Aside from expansions by local companies, brokers say new ones are moving to town from Dallas, Houston and California, among other places.

“The last time we saw this much activity (of companies entering Austin) was in the late 1999-2000 time period,” said Kevin Kimbrough, an associate vice president at Colliers.

Not only that, but “the fundamentals of the companies in Austin today are much stronger than they were during the tech boom of the late ’90s,” said Sam Houston, a broker with Hill Partners. “They’re making profits, they have better balance sheets, and they are expected to do better over time.”
Office values are rising as a result.

Last week, Chicago-based Equity Office Properties Trust paid $131.7 million for 300 West Sixth, a 23-story office tower in downtown Austin. At $295 per square foot, the price is thought to be a Texas record.

Healthy prices
There have been numerous other sales at healthy prices.
“It really is just an indication that the real estate market is recovering and is going strong, and people are very positive about Austin’s future,” said Mike Morris, who values office buildings for the Travis Central Appraisal District. “We’ve had more sales in the last eight months than we had for the last three years.”
Signs of a turnaround are most dramatic in Southwest Austin. There, rents for first-class space increased 22.4 percent to $21.89 a foot, and the vacancy rate fell nearly 13 percent to 10.9 percent compared with a year ago.

Brokers and appraisers say the outlook is for continued improvement, leading to some of the first major new construction in the office market in recent years.

Hill Partners is starting work on the first phase of a 760,000 square foot office project at San Clemente at Davenport, at Capital of Texas Highway (Loop 360) and Westlake Drive. It’s the first new project in Southwest Austin since the Terrace 7 building opened in May 2002.