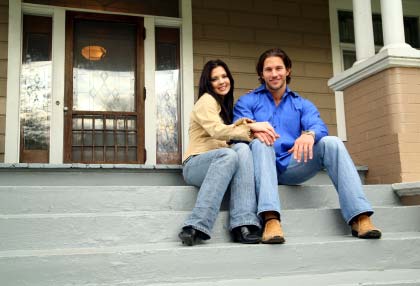 Buyers often ask me about small towns surrounding Austin, such as Kyle, Manor and Hutto, where new homes can be purchased much cheaper than in Austin. Investors and first time buyers have flocked to these areas and purchased many of the homes sold there in the past 4 years, and continue to do so because of the better prices.

I’ve never personally, as an investor, liked these areas simply because it’s hard to know what they will be like in 5 or 10 years from now. I’d rather buy a beat up duplex close to downtown. I believe many of the small outlying areas are over-sold to investors and that they are also over-sold first time buyers (who are really, as far as how they take care of their homes, renters now making a mortgage payment). If you’ve read my investment page on this website, I touch on that in outlining the pros and cons of buying existing homes in established areas versus buying new homes in newly populated outskirt areas. It’s somewhat a roll of the dice, in my opinion, buying in some of “starter home” areas.

In yesterday’s Austin Statesman, the front page article was about Manor, just east of Austin on Hwy 290, and the boom that is now occuring there. I was very pleased to read comments by the author that echo my concerns regarding fast booming areas.

Here are some snippets from that article:

“But shaping the area’s future is a monumental task. Numerous organizations have a say. Government agencies at the city, county, state and federal levels will exert varying degrees of infuence. So will developers, landowners, chambers of comerce and others.

No one organization has the authority to ensure the disparate plans come together.

Manor could become a cohesive, well-realized mix of houses and business and the infrustructure to support it all. Or it could become a mismash of unrelated projects and conflicting interests. It’s too early to tell.”

And there is this …

“Already there are concerns. Take Texas 130 (the new toll road that will bypass Austion to the east, through Manor). Each day the pillars and cement strips near Manor look more like the elevated highway expected to open in late 2007. Different people offer different predictions (and fears) about what the road could bring. No one can say for sure”

If you want to see an example of what a poor outcome for Manor would look like, take a look at Pflugerville. The article talks about Pflugerville as well..

“Ten years ago, Pflugerville faced these questions. The city took a laissez-faire approach. Rooftops now stretch into the horizon. The city became, to a large degree, suburban sprawl, a satellite of single-family homes orbiting the cultural and economic sphere of Austin. Leaders are now pushing hard to bring in business and correct the imbalanced tax base, which relies heavily on home owners.”

Pflugerville is choked with congested traffic on poorly designed roadways and a dearth of good amenities and local shopping. Pflugerville is comprised mainly of houses except near IH 35. The rental and resale markets there are bloated with inventory. What a shame. It’s proximity to Austin is outstanding, but poor leadership and failed planning have created what it is today – a less than desireable traffic choked suburb of unmet potential.

Maybe there is hope for Manor …

“Nearly everyone with a hand in shaping Manor vows to avoid the scenario. ‘We don’t want to be Pflugerville’ said Mayor Jeff Turner”

It sounds like those involved with Manor will try hard to see that it is developed smartly, but as a buyer, are you willing to trust the government to get it right? But even the best laid plans and good execution of those plans can’t account for every possible variable.

Kyle, just south of Austin, is another example of an over-sold starter-home area struggling to catch up with what it has created. Several of the best Property Managers I know won’t even take new landlord clients with homes in Kyle because they are simply too hard to keep rented. Hutto, (east of Round Rock, also along the Texas 130 route), is now also realizing that the starter home neighborhoods that have been built are not attracting a healthy enough economic mix of new residents. Calls have been made by local leaders for more high-end development to attract higher income families, who in turn attract better businesses and shopping and help create a sustainable tax base and a wider demographic mix.

So, for investors and first time buyers, it’s easy to drool over the prices in areas like Hutto, Manor, Pflugerville and Kyle. You sure can get a lot of home for the money in those areas. And that’s fine if you are a growing young family, don’t mind the commute and really can’t afford anything closer to Austin. But you’d be smart to ask yourselves what you think the area will look like when it’s time to sell your home and hopefully cash in on the appreciation in 5 to 10 years. Buying in these areas could very well turn out to be a superb long term investment, but I will continue to maintain that you get much more certainty about the type of area you’re getting into and how it will look in 10 years when you buy in established areas inside Austin.