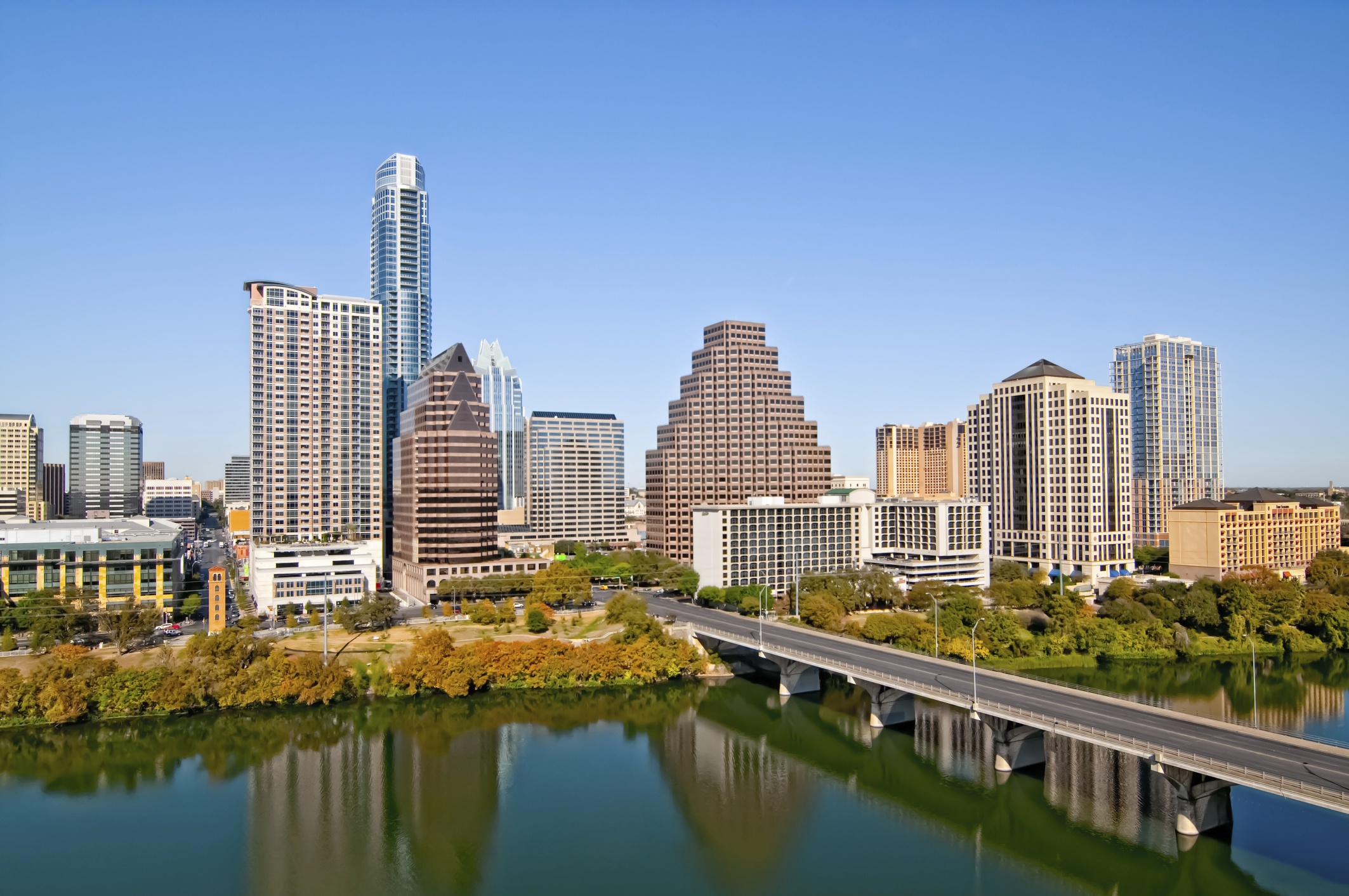 This article from today’s Austin Statesman is a great read. It outlines what is happening with Austin’s economy at present – and it’s all good news. Real Estate in Austin has returned to a Seller’s Market in the price ranges below $400,000, and we’re seeing multiple offers quite often again. Is this a good time to buy Austin Real Estate? You bet it is!

Net new job growth is expected to improve for the third year in a row, but the gains still will be little more than half the employment growth experienced in 2000. Wages are creeping upward but still lag behind the increases of five years earlier. But the expansion is gaining momentum.

Signs of growing prosperity are widespread, but they are subtle and harder to recognize than the headline-grabbing initial public offerings and conspicuous displays of corporate excess that characterized the area’s last ascension.

“If that was a hurricane, then this is sort of a nice, pleasant breeze,” said Jon Hockenyos, managing director of TXP, an Austin-based economic analysis and public policy consulting firm.

From venture-funded software companies to high-end hotels and restaurants, local employers are once again confident enough about growth to hire workers.

Apartment buildings are filling up again, and once-struggling landlords are investing millions of dollars to build office buildings for the first time since the late 1990s.

Sales of existing homes are on track for a third record year in a row, and the median price has risen 4 percent year-over-year for the first nine months of 2005. Construction starts for new houses are also setting records, and builders are starting more mid- to high-end houses to accommodate growing demand.

Population growth is escalating, and Austin is once again a top location for mobile and well-educated young professionals, many of whom are moving here without jobs.

The city is awaiting formal word from Samsung Electronics that it will build a $3 billion next-generation chip plant in Austin. It would be the biggest economic development project since the tech bust, the first new chip plant built here since 1998, and a crucial step toward ensuring Austin’s ongoing relevance in the chip industry.

But the plant is expected to create just 900 jobs. That doesn’t come close to replacing the jobs lost in the closing of five older plants by Advanced Micro Devices and Motorola (now Freescale Semiconductor) in the past five years.

In contrast to Austin’s last growth cycle, the job growth fueling this expansion is largely being generated by companies already established here: businesses of all sizes from a wide variety of industries.

Austin’s wounded tech sector, which hemorrhaged 35,500 jobs after the bust, is playing no small role.

“There has been a slight ramp-up during the entire three years, and over the last six months that ramp-up has become a spike,” said Sam Gassett, a high-tech executive recruiter at Primus Associates. “Hiring is much heavier locally.”

Network management software provider Netqos Inc. has added 35 jobs this year, mostly in sales, with a median salary of $100,000.

Co-founder Joel Trammell said the 100-employee company, which was founded in Austin in 1999, is benefiting from efforts by its Fortune 1,000 clients to simplify management of the complex networks required to do businesses globally.

The company is preparing to move to new offices at Plaza on the Lake, a premier address during the tech boom, where it will double its office space to 40,000 square feet.

“My ability to predict the future isn’t perfect, but I think we’ll have strong, continued growth,” Trammell said. “We see nothing that indicates we won’t continue to grow at a strong pace into the foreseeable future.”

Netqos has already reserved the right to lease more space at its new address, which it anticipates needing as early as 2007.

The company’s decision to secure an option on the space as opposed to leasing it is significant to Dick Anderson, whose commercial development company Hill Partners Inc. leased space to many of the high-flying technology companies in the late 1990s and 2000. Those companies commonly would rent two and three times as much space as they needed, confident of rapid growth. Many are now out of business.

Demand for space has rebounded to the point that Hill Partners plans to start work soon on its first new office building since 1999.

But Anderson said local employers are not rushing to bulk up their work forces.

“I think it’s good that people still remember laying off 20 percent of their work force and are being pretty conservative about adding people back,” he said.

Technology marketing firm SicolaMartin laid off slightly more than 70 percent of its 125 employees in the nine months after the Sept. 11, 2001, terrorist attacks. Business is once again growing as clients such as AMD and desktop publishing software maker Quark launch products and enter new markets.

SicolaMartin has hired 15 people since January and now has 50 full-time employees.

CEO Tom Sicola said the company is being more strategic this time. The agency, which is part of the international firm Y&R Advertising, borrows talent from other parts of the giant company when possible and makes many local hires do contract work before they become full-time employees.

Employers are adding workers slowly, but real estate investment trust Equity Office Properties is confident the growth will continue. The company has invested $250 million to buy five Austin office properties in the past year while simultaneously selling buildings in Dallas, Houston, San Jose, Calif., and other markets.

“I think our forecast is that over the next three- to five-year period Austin will be one of the best-performing cities in terms of its ability to generate office job growth, and it will be significantly higher than the national average,” said Keyvan Arjomand, Equity’s director of investment.

Population growth is fueling economic expansion as well, and many people aren’t moving because of newly secured jobs.

Advances in technology and changes in traditional work environments allow more people, especially highly educated and skilled workers, to choose where they live as opposed to allowing jobs to dictate their locations. This has occurred as Austin has received an unprecedented level of national publicity touting the region’s high quality of life, from the beauty of the Hill Country to the relatively low cost of housing.

Relocations into the area are picking up after dropping precipitously after the tech bust.

“Those two aspects are attractive to relocating folks who can move anywhere they want. The most attractive segments of our work force, the folks that employ themselves or can find employment very easily, are moving to Austin versus other areas.”

“In the short run, it matters because those people presumably have resources and spend money locally,” Hockenyos said. “In the medium and longer term, it matters even more, because fundamentally what we have to sell as a region is that this is where smart, capable people want to be, and as a company you want to hire smart, capable people. People are the fundamental economic resource of any community.”

Lydia Kennedy, an Austin native and University of Texas graduate, moved back without a job in January after 17 years in California.

Tired of commuting up to two hours to Los Angeles for her job as vice president of operations for The Irvine Co., one of the largest privately owned real estate companies in the country, Kennedy sought Austin’s more relaxed and friendlier lifestyle, as well as the lower cost of living.

Kennedy used a little more than half of the $600,000 she got for her 1,500-square-foot town house in Orange County to buy a 2,400-square-foot house in Davenport Ranch in far West Austin.

With no mortgage and money left over from her home sale, she could afford to take some time off before searching for a job.

Bill Brudenell, 36, and his wife, Charlotte O’Neill, 35, moved from Chicago to Lago Vista in May.

Brudenell sold his background-check and drug testing business last year, leaving the couple free to move to a warmer climate.

“We started talking after we sold our business about where we would just want to live, as opposed to where we needed to live for a job or any other reason,” Brudenell said.

They planned to tour several Western states but settled on Austin soon after O’Neill ran the Freescale Marathon in February.

Both said that no one thing sold them on Austin, but that the relatively low cost of housing, vibrant artistic community and wide variety of outdoor activities were among the top attractions.

Brudenell is looking for a business to buy or possibly a job in sales. O’Neill, a certified public accountant, has started O’Neill Financial Services, a small financial consulting business that specializes in working with the accounting software QuickBooks, which many small businesses use.

Austin’s new residents are generating a variety of new jobs including positions in retail, teaching, construction and real estate.

The National Association of Home Builders estimates that 284 local jobs are generated for every 100 single-family houses built. Market research firm Residential Strategies reports that 14,145 houses were started in the Austin area from the fourth quarter of 2004 through the third quarter of this year. According to the association’s formula, that would result in 40,171 new jobs.

Economists say Austin’s unusually young and well-educated population, combined with its dynamic industries, makes it well-positioned to outperform many other cities in the coming years, but the city is still vulnerable to the same economic speed bumps as the rest of the country, including the threat of rising fuel prices and interest rates.

19% – Increase in single-family home sales through September, compared with 2004

58% – Increase in sales of homes costing $1 million and up