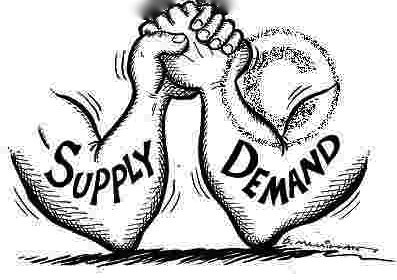 A third consecutive record year for Central Texas home sales is all but ensured after an unusually strong October in which the number of houses changing hands increased by 27 percent year-over-year.

Home sales from January through October are up 19 percent from the first 10 months of last year, while the number of houses on the market declined by 14 percent, according to the Austin Board of Realtors.

But real estate agents say buyers have an unusually big incentive to take action this fall, as mortgage interest rates continue to rise.

“It’s not going to get any better,” said John Rosshirt, vice president of Stanberry & Associates and chairman-elect of the Austin Board of Realtors. “The deals are there, the inventory is down and the number of buyers is up. It’s a confluence of everything positive — unless you happen to be a buyer, and then it happens to be a little frustrating.”

The number of homes for sale last month was the lowest since April 2002. Austin’s home market is booming while many high-flying markets across the country are cooling.

The number of homes sold in the San Francisco Bay Area has declined for seven consecutive months, and prices are dropping. Sales also have decreased in the Washington, D.C., area, where the number of houses on the market last month was the highest since the late 1990s.

Dramatic price increases over the past two years have priced out many buyers, while home prices in Central Texas remain well below the national average. Through October, the median price for Central Texas homes this year is $162,500, up 4 percent from the same period in 2004. The national median price was $215,900 in the third quarter, according to the National Association of Realtors, up 14.7 percent from the third quarter of 2004.

Even the modest increase in the Austin area is welcome news to homeowners after several years of falling or flat prices.

“In terms of percentage price appreciation, it may not be a record year, but it will be very good,” said Jim Gaines, research economist at the Real Estate Center at Texas A&M University. “There were some good years back in 1999 and 2001 in the height of the tech boom, when Austin was way outperforming the rest of the U.S. It will be the best it’s been since then.”

Home sales are strong in the market overall, but whether it is a buyer’s market or a seller’s market depends on the location and the price of the house, according to Helen Edwards, president and chief operating officer of Coldwell Banker United Realtors’ Austin office.

Location also plays a role, she said, and sales of houses priced at less than $250,000 in Austin are “very brisk.”

One of the hottest areas in the city is what the Austin Board of Realtors refers to as Area 10. Located just south of Texas 71 and west of Interstate 35, the area has a large number of affordable houses.

“In the areas like Area 10 and anything that’s pretty close to downtown, we have definitely seen a shift in the market that is to the seller’s advantage,” Edwards said.