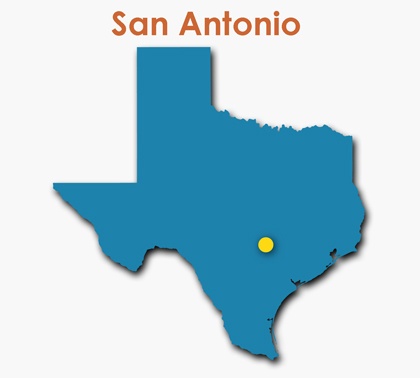 SAN ANTONIO (mysanantonio.com, fortune.com)
Texas metropolitan areas are some of the country’s hottest residential markets in terms of projected home price appreciation rates for 2006, according to Fortune Magazine. Fortune worked with Moody’s Economy.com and Fiserv CSW on the analysis of home sales data for the country’s 100 largest metro regions. Three Texas markets ranked in the top ten.

San Antonio ranked No.1 in the nation, with a projected appreciation rate of 8.3 for 2006.

Dwight Hale, immediate past chairman of the San Antonio Board of Realtors said, “We had an 8 percent appreciation rate in the last 12 months, and net job growth is estimated to go up over 20 percent next year. I’d say that forecast is very reasonable.” San Antonio’s median home price sits just under $130,000.

Third ranked El Paso closely followed San Antonio with a projected appreciation rate of 8.1 percent, and the Houston, Sugar Land and Baytown area was No. 9 at 7.0 percent. El Paso’s median home price is $107,000, and in the Houston area, the median price is almost $140,000.