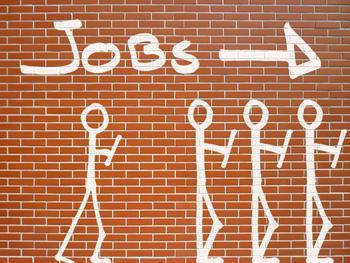 Here is an article from the Wall Street Journal Online.

As Austin’s economy has ramped up again, the region’s promising growth and largely down-home property prices have attracted some of the real-estate industry’s biggest guns.

The rebound comes after the Texas capital lost about 31,000 jobs from the end of 2000 through the close of 2003, according to the Bureau of Labor Statistics, as high-powered tech employers such as Dell Inc. slashed payrolls and some smaller Internet start-ups fizzled. The tech bust also left one downtown office building abandoned midconstruction and put the local housing market on the sidelines during the residential boom.

The region’s fortunes have turned around since early last year, as employers added jobs at the above-average rate of 1.9% for the 12 months through September, compared with the national rate of 1.6%, according to Economy.com. The region’s cachet as both a hip alternative-music spot and tech-savvy employment center also has drawn new residents. Between 1990 and 2003, Austin’s metro population soared to about 1.4 million, according to the U.S. Census.

“There’s been kind of a real strong sense this year that we’re back,” said Saralee Tiede, a spokeswoman for the Greater Austin Chamber of Commerce.

Nearly all sectors of the real-estate market are enjoying the upswing, although the median home price of $167,100 in the third quarter was still about 23% below the national median, according to the National Association of Realtors. Office vacancy rates fell nearly two percentage points in the third quarter from the year-earlier period, though they are still above average, and rents began rising earlier this year, according to Property & Portfolio Research Inc., a Boston real-estate research firm.

Investors also are betting that demand for office space will follow the job growth. Sales of office buildings have surged with about $714 million in properties trading hands this year through October, up from last year, and more than 10 times the volume in 2003, according to Real Capital Analytics Inc., a New York research firm. The median price paid per square foot for the 12 months ending in September also rose 46% to $161, though still below the national level of $176.

Equity Office Properties Trust, Chicago, the country’s biggest owner of office buildings, has been on a veritable shopping spree in Austin. Equity sold properties in Houston and Dallas even as it nearly doubled its Austin portfolio to about 2.7 million square feet of office space from about 1.4 million square feet at the end of 2003, said Jeff Johnson, the company’s chief investment officer.