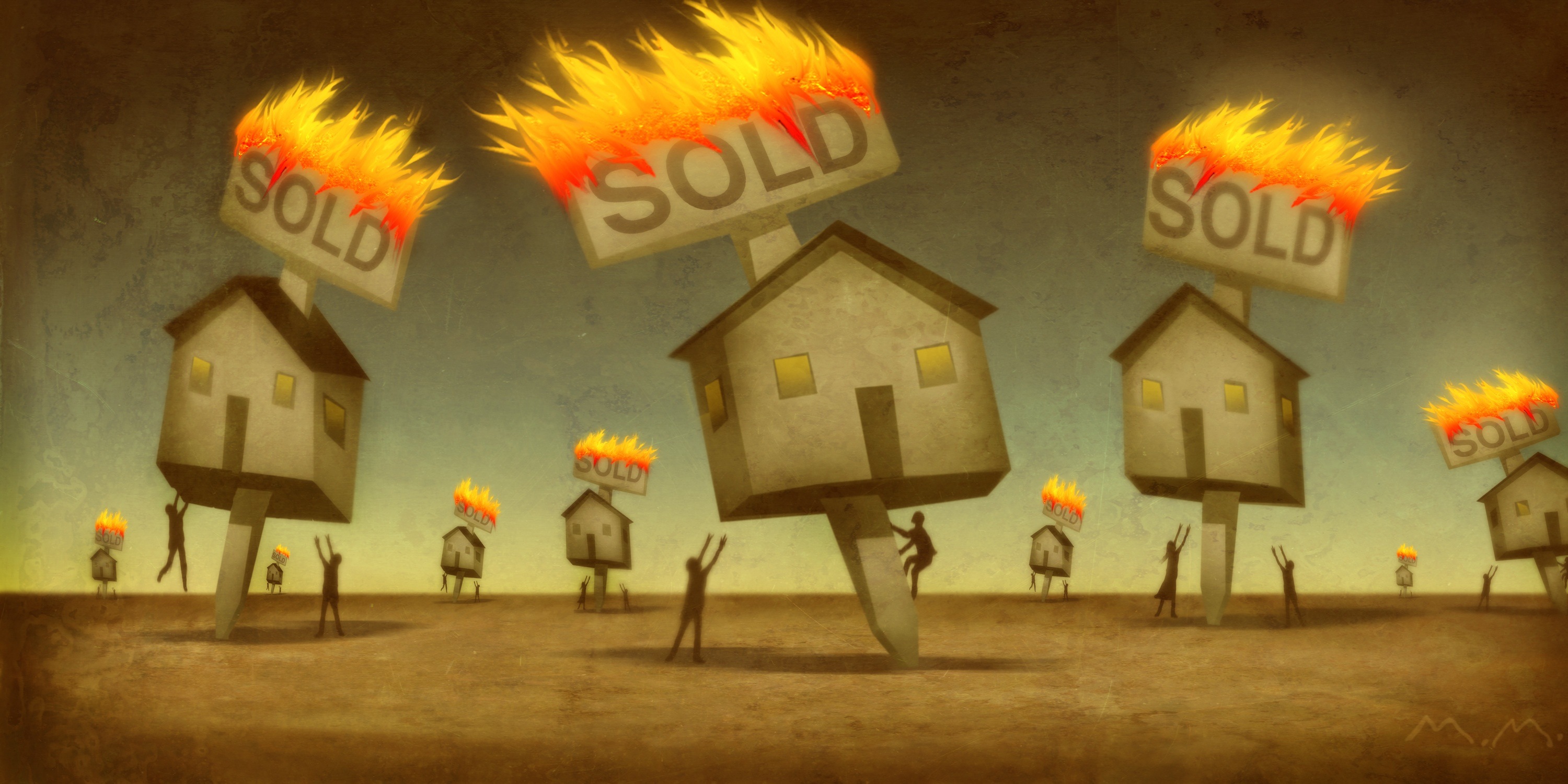 Here is another article from today’s Austin Statesman regarding Austin’s strong real estate market. What we really have happening in Austin at the moment is a set of markets within the market. In fact, there are certain neighborhoods within which homes are selling so fast we have to get our buyer’s offers in on day one or we are too late. Other areas are strong but not crazy. And we are starting to see plenty of over-optimistic sellers who think the market will respond to pricing that is too high. This article touches on these topics and more.

With three consecutive years of record home sales and a dwindling supply of houses for sale, the Central Texas market is gaining strength even as some high-flying markets elsewhere in the country begin to falter.

Homes in some Austin neighborhoods are selling before they are officially put on the market. Other sellers are receiving multiple offers within days of posting a “for sale” sign.

It has become noticeably harder to find houses in certain areas, particularly in Central Austin, and competition is fierce for houses anywhere priced below $200,000.

Real estate agents say the market isn’t as frenzied as it was during the last boom, and buyers should not panic. True, it’s a seller’s market overall, but there are houses available, and buyers willing to spend more or live farther from the the city’s center will have an easier time.

“It depends on what area of town you are looking for and more importantly, what price range you are in,” said Cord Shiflet of Moreland Properties Inc.

The rule of thumb is that it’s a seller’s market if it would take less than six months to sell all listed properties at the current pace of sales. More than six months, and the market favors the buyer.

Under that measurement, Central Texas is becoming a seller’s market.

“If you put all areas and all price ranges together, it’s slightly under four months,” said Stanberry & Associates President Sharon Rosshirt. “However, there are always anomalies because that is an average. We’ve got many areas where we have one month or two months or less than a month’s (supply), and we have some areas that are more in the outlying areas or in the upper price ranges where you get up into a year of inventory.”

A record 24,539 homes were sold in Central Texas in 2005, up 18 percent from 2004. The supply of houses on the market dropped 14 percent in Central Texas, while it was growing dramatically in other markets.

The number of houses for sale in Washington, D.C., for example, increased nearly 150 percent from January 2005 to January 2006. The drop in inventory coupled with increased demand has made finding a home more competitive, especially in older Central Austin neighborhoods.

Just ask Kelly Lowe, an attorney who works downtown and has been looking for a two-bedroom, one-bathroom bungalow near her West Austin apartment since last summer. Prepared to pay up to $250,000 for a fixer-upper, Lowe has found it hard to find a house in that area, and she has been forced to expand her search.

Lowe is now trying to figure out what trade-offs she is willing to make to stay in the city’s core. “There is no question that to get a close-in house, you are going to have to give up on something,” Lowe said. “Maybe the kitchen is going to be really, really small, or maybe (the house) will be located next to an apartment building. Maybe there is a nice house on the market about two streets over from MoPac.”

As of mid-February, just 17 houses priced between $150,000 and $199,000 were on the market in Tarrytown, Old Enfield and Clarksville, according to data compiled by Alamo Title Co. That’s less than two months’ worth of inventory.

The picture isn’t much brighter for buyers willing to spend up to $300,000, a price point with just 2.7 months of inventory in those neighborhoods.

Many houses in Travis Heights are selling before they even show up on the Multiple Listing Service, a database of properties for sale, said Carrie Bills, owner of Green Mango Real Estate. “We already have the buyers who are just waiting for the properties,” Bills said. “When that stuff starts happening, you know the market is really hot.”

Finding a three-bedroom, two-bath house in Travis Heights for under $500,000 is very difficult, she said.

Competition also has increased for buyers with plenty of money to spend. Shiflet, who specializes in upper-end houses, said even very expensive houses are hard to find in Rollingwood, West Lake Hills and Central Austin, particularly those priced between $2 million and $4 million. “When good properties come up, they go very quickly,” Shiflet said.

The housing crunch can be a double-edged sword for sellers, particularly those looking to trade up. It took Jenny Pitts just a month to sell her 800-square-foot house near Airport Boulevard and Guadalupe Street for just under the $146,000 list price. But she’s finding it hard to find her would-be trade-up: a house closer to the city’s center for about $175,000.

Looking primarily south of Town Lake and north of Stassney Lane, Pitts is willing to buy an older house in need of improvements, but the search has been frustrating. “I’m finding teardowns for $150,000,” she said.

Flyree McGhee and Lisa Tansey sold their 1,100-square-foot home in Bastrop but soon discovered that buying a nearly identical home in Hyde Park would cost nearly three times as much. Instead, they settled on the Cherry Creek subdivision in South Austin, where they purchased a house for less than $200,000.

While the overall inventory of houses priced less than $150,000 has shrunk, buyers seeking affordable homes will find it easier the farther they go from the city’s center.

“(The houses) are there,” Slazer said. “You can find them. You’ve just got to hunt and peck.”

Stanberry & Associates Chairman Bill Stanberry said the market isn’t as crazy as it was during the last boom, but it’s gaining momentum.

“We had people at the time fighting over houses,” Stanberry said. “We would have several offers on a single property if it was a desirable property and the offers were coming in frequently above asking price. We’re not quite there yet, but we’re moving in that direction. We are starting to get multiple offers on properties and are on occasion finding someone that will offer above full price. But that was so common then in 2000, and we’re just not there yet.”