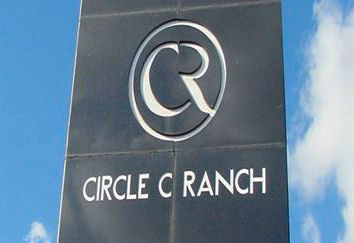 When one of my buyers closed on a home in the older section of Circle C Ranch for $192,000 last March, I told him he might have purchased the last home that will ever sell for less than $200,000 in Circle C Ranch. So far, my prediction is holding true. Prices in Circle C are rising fast.

The other day we made an offer on a new listing in Circle C. I first searched past sales in Circle C for homes this size and found 8 homes of the exact same square footage (so presumably the same floorplan) which had sold in mid to late 2005, but none yet in 2006. None of these had sold for more than $200K. The average sales price for this floor plan during the past year was about $190K. This home was listed at $214,500. Our buyer made an offer above list price (knowing there were already multiple offers and no substitute listings to pursue) with favorable terms, ready to sign. We never even received a response from the Seller. The listing was marked Pending the next day, so we assume a better offer was received. Austin MLS area ‘SW’ is hot, and Circle C, one of the major anchor neighborhoods of area SW, is a perfect example. Let’s look at Jan-Mar 2005 compared to Jan-Mar 2006 to get an idea of what I’m talking about.

At present (May 8, 2006), there is only 1 home in Circle C listed for less than $250,000. Of the 49 Active listings, only 10 are listed below $300K. It’s starting to be slim pickins’ in Circle C, which is why that listing for $214,500, though not a listed at a price supported by sales comps, sold instantly nonetheless. Because there were no other homes close to that price point from which to choose.

What’s causing this? In addition to an already brisk real estate market in Southwest Austin, Circle C is getting a brand new elementary school. It already has one of the best elementary schools in the Austin ISD (according the test scores) which is the Exemplary Rated Kiker Elementary. Also, after years of being somewhat out in the boonies, Circle C is finally getting retail shops and a new Grocery store at it’s doorstep at Escarpment and Slaughter Lane. Finally, with the recent bridge installed on Mopac over William Cannon drive, the commute to and from Downtown Austin has been shortened and made easier as well.

So a great place to live and raise kids is becoming even better, and much more expensive. Visit the Circle C website.

3 thoughts on “Circle C Ranch in Austin – Sales Are Strong”