How Many Realtors Does a City Need? 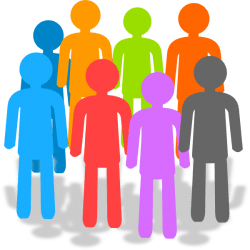 Austin has about 1,000 more Realtors than we did a year ago. There are now more than 7,100 of us. When the market heats up, everybody wants to jump into the business. To those newbie agents I say “come on in, the water is great! … if you know how to swim”. Most agents do not survive more than 2 years in the real estate business. Many never list a property or make a sale. Despite media assaults on our compensation, and public perception, real estate is a very difficult occupation in which to perform well and succeed long term. and it’s hard work.

According to the Real Estate Center at Texas A&M University, “Texas has about 100,000 active real estate licenses. But California has 400,000; Florida has 200,000; and New York has 150,000. The ratio of agents to residents also lags behind other states. Texas maintains about 4.3 agents per 1,000 residents, an increase of 5 percent since 2000. But California’s ratio has increased by 30 percent in that time, Florida by 20 percent, and New York by 26 percent.”

So, do we need 4.3 agents for every 1,000 people? That’s equal to one agent for every 250 people, or about one agent for every 80 homes if you assume three people per home. That’s too many agents, in my opinion, but far fewer than other large states. Many of those agents are not “active”, even though they maintain their licenses and stay current on the education requirements. Like many other industries, 80% of the productivity is generated by 20% of the participants. We have a lot of agents on the sidelines.

To read more about how the number of agents in Texas compares to other large states, visit the Texas A&M University Real Estate Center and read the article.

Thanks for the article. Just to comment, Honolulu has 9000 licensed Real Estate sales folks and about 1 million total population. So that’s about 9 agents per 1000 people!

I wonder if Austin has much more than 7100 agents. I’m a Realtor here in Austin, and I use the newer ekey system offered by the Austin Board of Realtors (ABOR). After I sync my Palm Pilot ekey, I can click on the edata icon followed by the Roster icon. When I do this at the top of the screen I see:

This was after my July 7, 2006 sync. If this number is coming via the ekey sync I assume it is showing the number of all licensed Realtors in ABOR.

The number you’re seeing probably includes inspectors and appraisers who have MLS keys. It would be interesting to find out if there of 2000 of them though.
Steve

Most “agents” don’t do squat. They get their license to sell one or two homes for themselves and their friends, or to do investments.

In the days of the internet, it’s now much easier to outcompete the incompetent agents, since so many of them have no clue about technology and don’t want to do any self-promotion on the internet. The days of door-knocking and referral-only are over, so most of them will drop out.