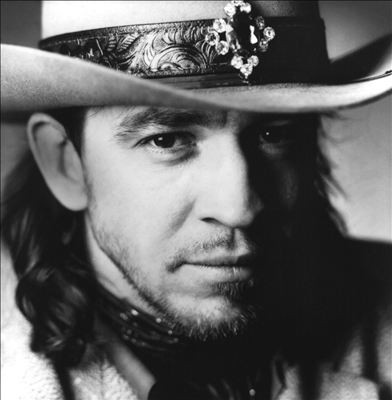 Stevie Ray Vaughan died in a helicopter crash 16 years ago today on August 27, 1990. Hard to believe it’s been that long. Sylvia and I went down to Zilker Park that night for the memorial gathering. It was a sad day in Austin. We had just seen him live at Auditorium Shores earlier that summer. I first saw him live in 1985 at Auditorium Shores right after moving to Austin. Sylvia saw him the first time at “Club Foot” in Austin in the early 80’s. I went to his shows whenever I could. We both remain big fans.

I enjoy finding videos of Stevie Ray performances at. There are quite a few online there. Here is an interview below of Stevie Ray and Double Trouble (tales a while to load, but worth the wait). Of all things, Stevie, Tommy and Chris are being interviewed for a Japanese TV station. It’s still early in their fame and they’ve just cut their second album. They do a little bit of playing (Stevie on a Gibson “V” which isn’t his usual guitar) and they talk about being in the band. Stevie Ray, among others, helped give credence to Austin being the “Music Capital of the World”. He is missed.