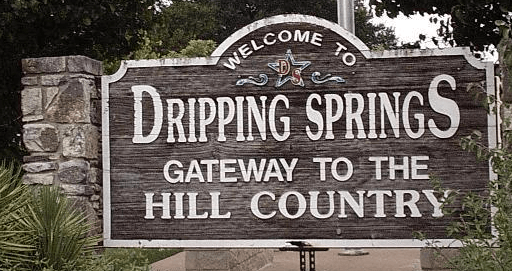 Dripping Springs is booming, and not with starter homes. Home Depot and HEB don’t put new stores into an area without extensive market research and demographic studies. With major retailers moving into Dripping Springs, there is no doubt this suburb SW of Austin will be growing for years to come.

The city of Dripping Springs has approved a plan for a 55-acre shopping center that’s likely to include retailers HEB and The Home Depot. The project, which currently calls for more than 400,000 square feet of retail space, will be near the intersection of RR 12 and US 290 close to the center of town.

Last February, Dripping Springs received the first draft of a proposal for a planned development district from Austin developer Barshop & Oles. Since then, the developer and a committee representing the city have negotiated the specifics of the plan.

The city council on Tuesday approved the plan and will next discuss separate agreements related to the proposal on economic development, wastewater/utility management and property purchase or exchange. City Administrator Michelle Fischer says those items are on the agenda for next week’s council meeting.

Though less than 2,000 people currently reside within Dripping Springs, the city’s extraterritorial jurisdiction includes another 20,000 residents and new building permits continue to rise, Fischer says. People in the area currently have to travel up to 15 miles to South Austin or Bee Caves to do most of their retail shopping, she says.

A spokesperson for San Antonio-based HEB says there is no existing timeline for opening a store in Dripping Springs. A representative of Barshop & Oles was not immediately available for comment.

Fischer says considering the wastewater infrastructure that would need to be put in place, the earliest the development could open is 2008.