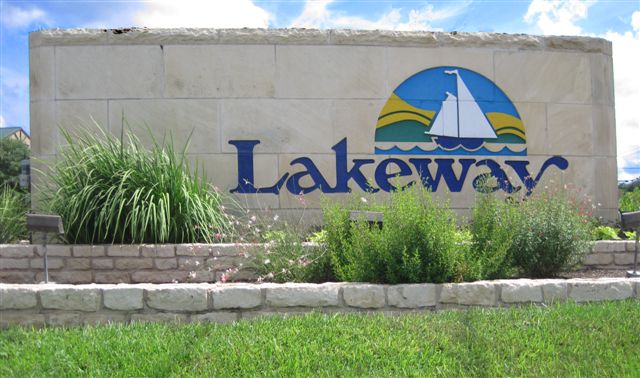 This is from the Austin Business Journal. Lakeway is west of Austin, on the south side of Lake Travis, along RR 620. See map.

The city of Lakeway has tightened the rules that shape its residences, hoping to protect what city officials call Lakeway’s community feel.

But some real estate experts say the move could cause undue changes in the city’s landscape — though likely not for several years. And, the regulations could raise home prices in the already tony lakefront town.

Steve Swan, Lakeway mayor, says the initiative started this summer when the city looked at the number of condominium projects in its pipeline.

Of the city’s 4,500 homesteads, about 500 are condos. Another 600 are planned, which Swan says runs counter to Lakeway’s desire for low-density living. In July, the city eliminated its condo zoning designation, effectively banning future condo projects not already in the works.

After passing that ban, the city wanted to take more control of its extraterritorial jurisdiction — the land around Lakeway that the city has yet to annex. It also sought to make its building laws more stringent inside its city limits and passed legislation late last month to that effect.

Lakeway comprises more than 11,000 acres, about 4,000 of which fall outside its city limits in an area known as extraterritorial jurisdiction. It lowered the impervious cover limit — the amount of land in a property that is covered by homes, driveways or other construction — to 35 percent in its extraterritorial jurisdiction. That marked a fairly drastic change from the 60 percent impervious cover limit inside the city, which Swan hopes will encourage builders to work through the city.

Lakeway also banned future gated communities. The town currently has about a dozen such neighborhoods.

“We’d like to see our city develop as a community,” Swan says, “not as a set of smaller communities with their own sets of rules and their gates.”

Like many other Central Texas towns, Lakeway is grappling with future development as people move to the area with increasing speed. In the 2000 Census, the town had about 8,000 residents. Today, Swan estimates about 13,600 people live there. And its makeup has changed from its historical reputation as a retirement community; about 70 of its population currently comprises parents and children.

According to Metrostudy Corp., a Houston-based firm that researches the residential market, the rate of new home starts in the area surrounding Lakeway has also picked up rapidly.

“The land is becoming more and more expensive out there,” Rude says, “because there’s less of it, and it’s a very desirable area.”

But Harry Savio, executive vice president of the Home Builders Association of Greater Austin, says the changes likely won’t affect the market for three to five years because many projects already in the works will get grandfathered under the old ordinances. He worries that the city is trying to engineer its social makeup through subdivision ordinances — a troubling step since the area has proved popular and successful among homebuilders.

“It’s a good place for custom builders to build high-end, high-quality product,” Savio says. “[City officials are] coming and making many, many significant changes, which could be drastic in their long-term effects.”

Changes in Lakeway Building
• Eliminated zoning category for condominiums.
• Banned the development of gated communities.
• Prohibited garages that face onto any street, public or private.
• Banned above-ground and temporary swimming pools.
• Added two new inspections for stucco and french (also known as trench) drains.
• Lowered the impervious cover limit to 35 percent in the city’s extraterritorial jurisdiction. Inside the City of Lakeway, the limit is 60 percent.