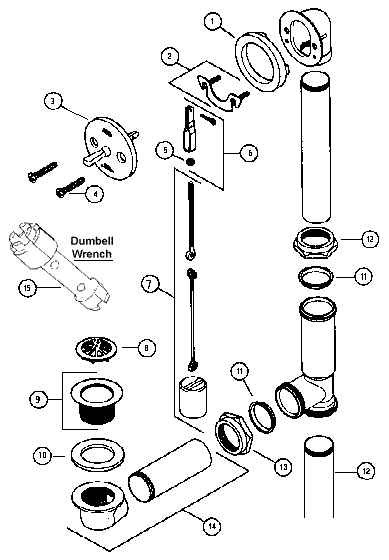 When it comes to house repairs, nothing is more frustrating than a problem which can’t be remedied. One of our Buyers made a request for the Sellers to “have a licensed Plumber locate and cure leak at Master tub exterior wall as noted on inspection report”.

This was a leak that was showing up outside the home, leaking from the top of the slab where the Master Tub is located. The day we were there with the inspector, the area in question was wet. We assumed it had to be a small supply line leak or a drain leak. The Sellers had no idea such a condition existed and readily agreed to have this taken care of prior to closing.

Yesterday, a day before closing, we got the documentation of the repair work from the listing agent, which included invoices from two plumbers stating that no leak could be located at the tub. The other agent explained to me that they tried real hard to find the problem but two different plumbers told them there was no leak. One invoice stated:

“tested lavs, tub and shower for slab leaks. found shower caulking to be leaking. re-sealed shower pan and tub step. after testing we found no trace of leak and believe that slab discoloration is not due to a leak”

Both plumbers had run the water, run the separate shower, filled the tub (which was a big soaking tub), drained the tub, but no leak had revealed itself and the outside area that was wet during our inspection stayed dry the entire time.

I discussed the matter with my buyer and our inspector. I was skeptical. The water had to be coming from somewhere the day we saw it. We were not satisfied with simply leaving it as an unsolved mystery. We decided to have one of my plumbers look at it before the closing today.

I met Michael for Johnny Rooter Plumbing at the house at 8:30AM this morning and he identified the problem in less than 60 seconds. In fact, he told me he knew what it was before he even showed up, based on my description. He simply unscrewed one of the screws (item 4 on the diagram) on the face plate of the tub overflow drain and held it up so we could see the rust, and said “here’s your problem right here”.

Turns out the sellers, who have small children, made frequent use of the master bathtub. As Michael also pointed out, there was a soap ring ABOVE the level of the overflow drain, which means the tub was over-filled on a regular basis. Inside the overflow drain, a bracket was missing (item 2 on the diagram) which covers two small screw holes on the drain pipe flange. Thus, when water reached the level of the overflow, it drained out through the drain line but also sent two small streams of water squirting out behind the tub through those holes (see top of drain, top right in diagram, the two smaller holes below the bigger holes), onto the back of the exterior wall behind the tub. Why those holes are there, I don’t know, but the bracket (item #2) is supposed to cover them so this condition won’t occur.

Michael installed a bracket and the mystery was solved. He said it should have been the first thing any good plumber would check.

I’ve used Johnny Rooter Plumbing for a long time, at least 10 years. When we managed a lot of rental homes, we called them out to jobs often. They’ve always done a great job for me, and didn’t let me down this time either. Other Property Managers I know over the years, when we discussed which vendors we used and why, use to say about Johnny Rooter “but they’re expensive” and I’d say, “I like expensive Plumbers”. Today is a perfect example of why.

When it comes to plumbing repairs, I like plumbers who know how to go find a problem and get it fixed right the first time. There are plenty of areas to cut corners and save money in home repairs, but I personally don’t think plumbing should be one of them.

Ever seen a home flooded because an upstairs toilet flapper or the toilet gear malfunctioned? Ever seen a water supply line under a sink pop off and flood a house because it wasn’t properly attached to the bottom of a faucet? I have – more than once. Paying a bit more for a good, experienced plumber is a no brainer in my book. If you need a good plumber in Austin, I recommend Johnny Rooter Plumbing.