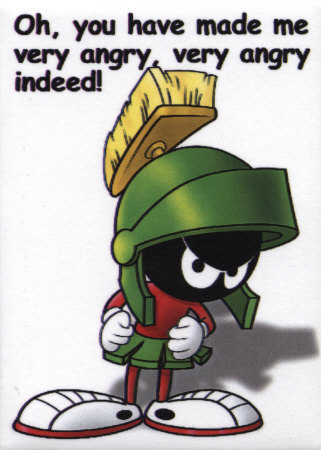 I was recently challenged about a blog article I wrote. I was told that the references to the “bozo agent” along with the accompanying visual graphic of Bozo the Clown was over the line and damaging to the real estate industry and the reputation of all Realtors. It was suggested that unflattering stories about the real estate industry erode confidence in Realtors, as evidenced by the first reader comment under the article that stated, “This is why we always represent ourselves. We have had bad luck with agents and find them to have the biggest ego’s.”

Given that the content of the article was a factual retelling of actual events that I experienced as a listing agent dealing with a buyer’s agent, and that the agent was indisputably incompetent, I didn’t at first understand what the problem was with the article. In other words, it really happened exactly as I told it. I thought there was a lesson to be shared by telling the story. I thought readers would appreciate having a glimpse into the real life happenings of a deal gone bad. Coloring it up a bit with a nice photo of Bozo and some harsh, opinionated commentary about the agent seemed appropriate to me. Nobody will ever know who that agent is, but you’ll know there are agents like him out there. And you should know that. You deserve to know that. Why should I keep it a secret?

Nevertheless, I edited the post, removed the photo of bozo, and toned down the writing a bit, though the message of the article remains unchanged. I did this out of respect for the wishes of the person who shared their concerns with me. I always appreciate when others respect my concerns, so I try to do the same. It’s only a blog article after all.

This is the second complaint I’ve received in 2+ years of writing 300+ blog articles. It’s the second time I’ve respected the wishes of someone with concerns. The other instance was an article about an MLS photo that was so crappy (the photo that is) I just had to share it. It was a photo of a house with an SUV parked smack in the front yard (in the grass) and a trash can sitting in front of the garage door. I wondered why the agent couldn’t have had the SUV moved and pulled the trashcan out of the way before taking the photo. Someone saw the blog article, recognized the house, sent a link to the Seller who in turn informed his agent, who in turn demanded that I remove the photo, which I did.

Again, in that instance, I didn’t understand why the agent was upset. It was in fact the actual photo he took and placed in the MLS. Every agent and buyer who saw the listing would see the same photo.

Where should real estate bloggers draw the line in writing about our everyday experiences, observations and viewpoints about the real estate industry and the people in it? Some of the best material pokes fun at the stupid things agents do. It’s hard to ignore all that material. But is this unprofessional? Is it mean? Is it arrogant? Is this sort of brutal honestly damaging to the real estate industry and demeaning to other Realtors? I don’t think so.

What I believe is accomplished in owning and publicly admitting the shortcomings of our industry is that the reader/consumer gains a better understanding of the fact that not all Realtors are the same. We don’t all operate on the same level and we don’t all hold ourselves to the same standards of accountability. Yet, as Realtors, we’re often viewed as having little or no difference, which isn’t the case. When the consequences of choosing just any agent to work with are illustrated and made clear through recounting of actual experiences, I think it helps both the consumer and the better agents.

If you read an article such as the one I wrote about the misguided agent who blew the deal for his buyer, and you see that a real woman actually in fact lost the home that she had under contract because of the incompetent actions of her agent, and that she really, really wanted that home and was unaware of the damage her agent was doing to her deal, I believe it helps you get the fact that who you choose to represent you matters. It matters a lot. Your agent matters.

So where is the line drawn when writing about the life and times of a Realtor? For me, if it’s true and it really happened, and there is a lesson to be learned that might help a consumer make better choices, it’s fair game. If it’s embarrassing to our industry, or makes another Realtor feel defensive and uncomfortable, it doesn’t change the fact that it’s true.

So you, the consumer, need to work harder at picking an agent. Talk to at least three. Ask them how many deals they do, which areas of town they know best, and why you should hire them. Listen and watch. Trust your gut. Is the agent authentic in demeanor, or just a good show person with a good pitch? Do they look you in the eye? Do they give straight answers or do they wiggle around the question? Pay attention. You can tell the difference if you really try.