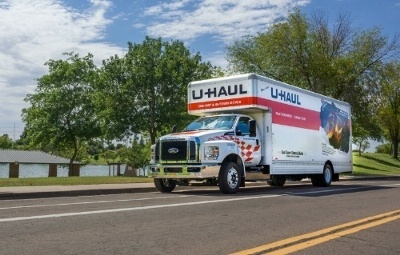 Finally, a top 10 list that spares Austin the humiliation of being listed on yet another Top 10. Let all Austinites inhale a deep breath of humility. This top 10 is a list of the top one-way U-Haul rental destinations.

From the press release:

U-Haul compiles the list based on more than 1 million U-Haul one-way truck rentals to and from municipalities with more than 5,000 families moving in or out of the area. “Growth cities were then determined by calculating the percentage of inbound moves vs. outbound moves for each area,” explained John “J.T.” Taylor, U-Haul president of Phoenix Operations.

The top municipalities were:

I don’t know anything about the real estate markets in the above 10 cities – or do I? I know it costs a lot more to drive a one-way U-Haul rental to one of those cities than away from it. And I know it costs more because too many U-Haul trucks are piling up in these destination cities. And why are they piling up? Obviously because people are moving there. And since all those people will either need to rent or buy a home, that tells me the probable direction of the real estate market in those areas. And it’s the direction in which a real estate market is heading that most determines the behavior of buyers and sellers, and thus pricing trends. Thus the seemingly ridiculous proclamation in the title of this blog, Everything You Need to Know About Real Estate is at U-Haul.com.

The U-Haul rental cost calculator is an interesting tool to play with. It provides a migration snapshot, through the pricing differentials, of where too many U-Haul trucks are piling up and where they are in short supply. For example, let’s price a rental between Detroit to Austin and check the price gap depending on which way you’re heading.

From Austin to Detroit, it would cost $918 for a one-way 26′ truck rental. From Detroit to Austin it would cost $2,232. That’s a $1314 price gap. Without knowing anything else, one could correctly surmise that the real estate market in Detroit is in much worse shape than the real estate market in Austin TX, because U-Haul tells us there is net outmigration from Detroit, as reflected in the truck rental prices.

It costs $757 to rent a 26′ truck one-way from Phoenix to Austin. From Austin to Phoenix it costs $654. That’s actually a much smaller differential than I remember seeing a year or two ago. In fact, it’s darn near equilibrium. At one point, the Phoenix/Austin differential was similar to Detroit. So, without knowing much else, I can at least surmise that the Phoenix real estate market is “less bad” than it was, and may be near bottom or thereabouts.

Pick almost any US city and you’ll find a one-way cost differential premium between that city and Austin, meaning Austin is a net inbound city. Even number 3 Portland above is about the same as Austin each was ($15500 vd. $1200).

When we see our Austin differential begin to spread wider again, as will happen when job growth picks up, that’s when we’ll see the real estate market in Austin show is corresponding increase in home sales and rentals.

1 thought on “Everything You Need to Know About Real Estate is at U-Haul.com”