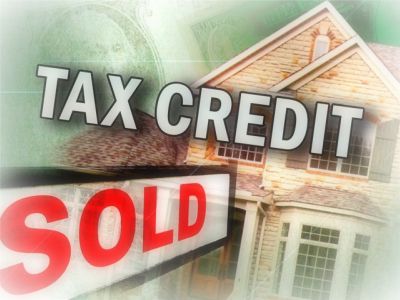 With the April 30th expiration of the home buyer tax credit, it’s time for buyers, Austin sellers and Austin Realtors to figure out what happens next. Austin Sellers who didn’t get offers might wonder, “are the buyers all gone now?” Austin Buyers who didn’t get their act together and claim the tax credit might wonder, “did I miss the boat?” Realtors in Austin are wondering if business might dry up as the market takes a breather while the hangover wears off. Here’s what I think.

Sellers
Many Austin Sellers in the sub-$250K price ranges placed homes on the market earlier this year, sooner than they otherwise would have, hoping of course to catch the wave of tax credit buyers. This is something we encouraged, and rightly so, as many of these homes did in fact sell. These “timing opportunist” sellers include both motivated sellers and fair weather “let’s see what happens” sellers.

The latter group of sellers with unsold homes will start removing homes from the market fairly quickly as they’re already experiencing the early stages of  “seller fatigue”, and might now feel discouraged. They don’t really have to sell anyway, but would have if the right offer had come along. It just didn’t happen. If I’m right about this, the May real estate market stats for Austin will show a spike in Expired/Withdrawn listings.

The former group, those who still really need to or want to sell, will remain on the market, perhaps with price adjustments, but not necessarily. They may have less inventory to compete against as other withdraw, and that could hold prices up. It would be prudent for those sellers to remain patient and see what happens with showing traffic at least through June when the market would normally be in full swing.

Buyers
Not every buyer is a first timer, and not every first timer was motivated to enter the fray early just to capture a tax rebate. Thus, as the normal, traditional selling season of May-August begins, it would be a mistake to think that the window has somehow been closed on good deals just because the tax credit has ended.

Interest rates remain at about 5%, which ought to be motivation enough in normal times not only for first time buyers but for move-up buyers as well. Fewer buyers will presumably be looking in the near term as, even with the tax credit motivation, some were unable to find a suitable home and will now stop looking entirely. So remaining buyers may have few buyers to compete against.

Also, I expect further price slippage in Austin this year before a sustained price increase cycle begins next year. It may be that those buyers who waited until this summer to buy might find fatigued and motivated sellers with whom to cut a deal. On the other hand, Austin sellers have remained surprisingly unwilling to capitulate en masse, as evidenced by the large number who simply withdraw from the market after saying “no thanks” to a string of lowball offers.

Other Factors
The tax credit was quite lengthy. The longer a government stimulus effort runs, the less “hangover” impact we see when it ends. The tax credit, notwithstanding the final rush to the finish line, had really begun petering out for the most part, and home prices in Austin have fallen every month (from the month before) this year even as the number of sales increased.

Interest rates remain at historic lows. But rates will start to rise soon, if not immediately. As mentioned above, a 5% interest rate is an unbelievably extraordinary interest rate which, in and of itself, would normally excite buyers (both new and move-up) and get them out looking at homes. People under the age of 30 don’t know that, historically, 7% to 8% is a decent mortgage interest rate. Austin buyers have become so desensitized to a 5% rate that it is not, at present, serving as the motivational catalyst that it should. The government actions that have kept interest rates artificially low have also ended, and there is universal agreement that rates are on the way up. Once this sets in, and buyers begin to fear losing the opportunity for a rate in the fives, it will motivate buyers to get off the fence. By this time next year, rates should be in to 6%+ range.

Buyer Sentiment is improving. As national economic and real estate news heads toward a tipping point of net positive, this affects the mood of buyers. People are feeling that better times are closer ahead than before. Though odds of a double-dip fall in national home prices and the economy are high enough to postpone celebration, Austin will turn the corner this year and start adding jobs at an increasing rate, which will drive our real estate values higher by next year at the latest, and possibly sooner if interest rates rise faster and inventory shrinks quicker than expected.

Austin has a shortage of developed lots. Builders in Austin have already kicked up the home starts in anticipation of improved buyer demand moving forward. The pull back 3 years ago was such that we are left now with a shortage of developed lots in the pipeline. This, along with increasing materials costs will drive prices up new homes prices eventually, and resale home prices will follow. As with interest rates, the typical consumer responds better to fear of missing the train than they do the realization that things have already bottomed out and are really great right now. So when values start looking like they are entering a sustained climb, along with interest rate increases, this will generate buyer activity.

Those are my thoughts, somewhat rambling, somewhat contradictory. Still a lot of guesswork and unresolved factors to play out.

7 thoughts on “With Buyer Tax Credit Over, What’s Next for Austin Real Estate”