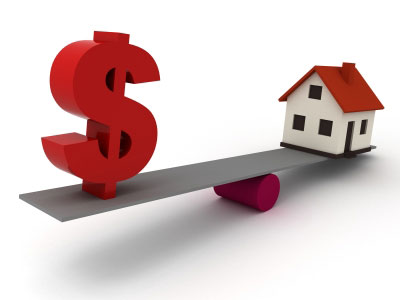 Positive Cash Flow Harder to Achieve
The very first rental property Sylvia and I bought in Austin was a 959 sqft, 2 bedroom house on Avenue G in Hyde Park. We paid $58K. Then we immediately spent $7K to redo the kitchen and bath and rented it out for $825/mo, which provided $300/mo positive cash flow. This was in 1994.

18 months later we sold that home for $95K. We took the equity proceeds and bought another fixer-upper house for $60K in South Austin 78704, which we completely rehabbed and sold 4 months later for $129K.

We then took the proceeds from that sale and bought another home in South Austin 78745, and so on. We continued to “ladder up” as years passed, buying, selling, keeping homes. Making some mistakes but hitting more home runs than strikeouts. Such were the opportunities. Success was not dependent on bubble appreciation or low probability luck.

In 1999 I sold one of our investment properties in South Austin 78745, which I like to use as an example when discussing the erosion of our rent/value ratios over the past decade. At that time, the home was rented for $950/mo and it sold for $92,500.That means an investor could buy a home like that with 20% down payment on a 15 year loan at 6.5% interest and, because taxes and insurance were lower relative to rent value back then, have a total PITI payment of about $850/mo. on a house that rents for $950/mo.

That same 1400 sqft brick home in Cherry Creek would sell today for about $170K but would only rent for about $1195. In 1999, it took about 2.5 month’s rent to pay the annual taxes and insurance. Today it would take 3.8 month’s rent. That’s over a month’s rent each year, down the drain in higher taxes/insurance.

Appreciation Potential
In the old days, we didn’t worry so much about appreciation potential. It wasn’t ignored, but it wasn’t a “must have” to make the numbers work. After all, the property was paying for itself and would be free and clear in 15 years. Solid value appreciation was just a bonus, sometimes even a windfall, but never expected or taken for granted.

Today, if you don’t carefully consider the long-term viability and demand of the rental property you purchase, you will be failing to properly factor in appreciation potential. You have to ask yourself if the property is one that has a good chance of enjoying increasing demand because of location, and thus greater value appreciation than less desirable areas.

Failure to ask this question is the mistake so many dummy investors made during the bubble years. These wannabe investors and seminar buyers with low down payments and the easy-to-obtain loans assumed, for no good reason, that the price of all real estate would rise, no matter what and no matter where.

In a strange way, these “appreciation” buyers were partially right in desiring appreciation, but were unrealistic in their underlying analysis, primary location selection. If you are not willing to pick a quality location, and sacrifice a bit on cash flow, then all your extra cash flow could easily be lost in value slippage as has happened to the investors who bought further outside Austin from 2005-2007.

Is it a good idea to bet on appreciation only? No, obviously not. But you can’t ignore the fact that the tighter ratio numbers of today require some value appreciation to make things work out over time. That means sticking to quality product in good locations.

Repair Costs
In the 1990s, we had an abundance of $25-$35 hr vendors who could fix just about anything in a home. Not anymore. We paid $350 total to swap out a 40 gallon water heater in 1999, today it’s $750. Stoves and dishwashers had simple parts that were cheap to fix or replace, today everything has an expensive computer chip and/or control card. Older appliances and HVAC systems lasted 10+ years, sometimes 20+ years. Today’s stuff often breaks down during the first year, especially cheap foreign made A/C coils that develop freon leaks. Everything today costs at least twice as much to repair as it did a decade ago.

What this means to you as an investor, is that the number and type of repair events that can wipe out an entire month of rent, or more, is substantially greater than in years past. A good analogy would be the comparison between rising health care costs and wages. Wages have not kept up and we all pay a greater percentage of our income toward health insurance and medical costs than a decade ago. So too does the landlord pay a greater percentage of rental income toward repairs today than was the case a decade ago.

Ten or fifteen years ago, our repair costs across an entire portfolio of management properties ran at about 8% of annual rents, including major replacements such as roofs and HVAC systems. Today it’s about 12%. In 1999, it cost 2 month’s rent to replace a roof ($2,000). Today it would cost 5.4 month’s rent to replace the roof ($6500) in my Cherry Creek example above. Luckily, roof replacements are few and far between, and often covered by insurance due to hail damage, but still.

Conclusion
Despite all this, I still invest in real estate and I’m still a buyer. The S&P 500 ended 2009 at about the same point it started in the year 2000, so at least in that decade, real estate was the winner for those of us who didn’t get sucked into the bubble mentality and stuck with basic decision-making rules. But real estate investing is not for everyone, and it makes sense for far fewer people today than it did in the past. Mainly because the opportunity to experience financial stress as a result of your rental property ownership is greater than before. People without sufficient reserves are the most vulnerable and should simply stay out.

Is there a safe way to get started?

The best way, I think, for someone to start in real estate investing is to convert your existing home into a rental when you move up, provided it’s well located and has the attributes of a good rental property, which means it’s not too big or small and will attract quality tenants.

By converting your existing home, your financing is already in place, you know the home and its location well already, the new owner-occupied loan you obtain for your next house will be much easier to obtain than a new investment loan, and if you’ve lived in the property at least 2 years, you have a 3 year window during which you can still sell with zero capital gains tax if it doesn’t work out for you. Then start saving for your third home and just keep leaving a trail of accumulated rental homes behind as you go.

This will be even more effective for those able to improve a home in disrepair while living in it, thus increasing its value (appreciation) more than whatever the natural appreciation rate might be.

And there are a number of other strategies for those with higher risk tolerance, but for most, starting slow and having a long term strategy and sufficient financial staying power is going to be key to success. If you don’t have at least 6 month’s rent set back to cover turnovers or unexpected repair events, you are in a weak position as a real estate investor, and your lack of funds can start a cascading series of bad decisions that eventually drag you down.

Play it safe, be smart, don’t make wild optimistic assumptions. Put at least 20% down, more if you can. Always assume the worst and ask if you can handle that. If not, don’t do it.

13 thoughts on “Is Rental Property Investing in Austin Still Profitable?”