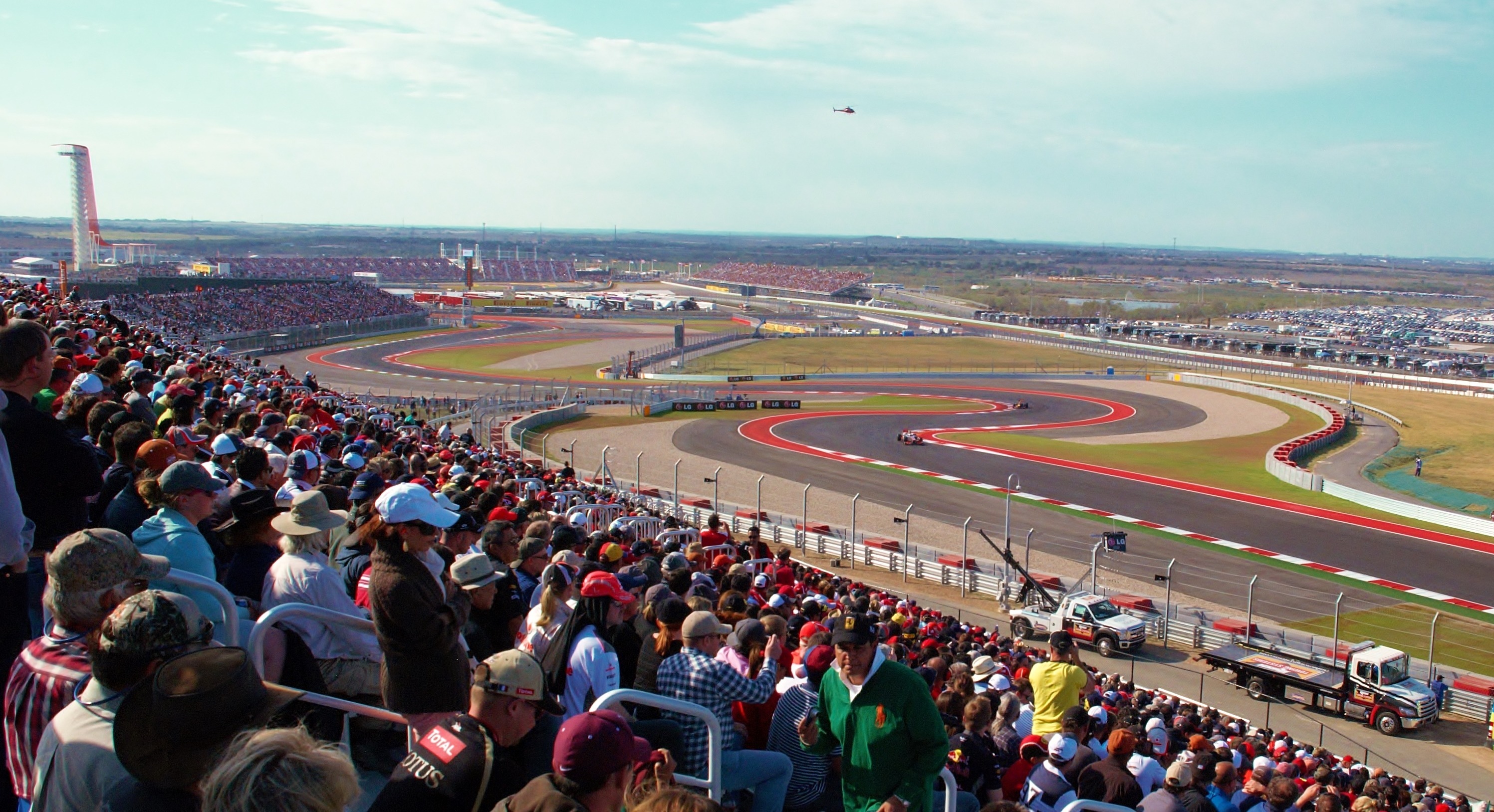 You may have read the news that Austin has been selected as the location for Formula One Racing in the U.S. A brand new 3+ mile Formula One Racetrack will be built probably somewhere near the airport that will seat 100,000+ fans. I’m thrilled about F1 coming to Austin, but I have one simple question:

What’s the carbon footprint of F1 going to be, and what does it do to Austin’s fanatical desire to be viewed as a progressive green city on the forefront of emissions reduction and alternative energy policy?

Am I the only one seeing the irony in this?

I mean, we’re being forced to get Energy Audits on our 10+ year old homes before selling, we’ve built this incredibly expensive and useless rail line to Leander, we have these little Go-Cars running around town that I still don’t fully understand, we’re trying to convert the entire City Fleet of vehicles to alternative fuel, and you’re not allowed to chop a tree on your own property without permission from your city government. If that’s not enough, we have the most generous green energy rebates in the country for upgrading your HVAC system, replacing old appliances, adding solar screen, insulation, weather striping, etc, etc, etc.

In short, Austin, (Boulder notwithstanding) has to be the most incredibly hypersensitive, wannabe-progressive, eco-nut city in the U.S.. That’s who we are and that’s ok. Part of it is to puff the political pride of our glorious political leaders, and part of it is in fact well intended and justifiable concern about energy consumption, and the desire to avoid building another coal burning power plant as Austin expands over the coming decades.

But that being the case, what are the real gains of these formal efforts in terms of carbon footprint and energy consumption reduction, and how much of those gains will be completely erased by a decade of Formula One Racing in Austin, and its accompanying carbon footprint?

I just find the irony of this very interesting. Why was Austin chosen in the first place? It seems sort of weird, doesn’t it? The explanation provided in the Formula One press release is:

“This is a case of the right timing in the right place. As many Americans know, Austin has earned a reputation as one of the ‘it’ cities in the United States. Austin features that rare combination of ideal geographic location and beauty. Its fine dining, world-renowned hospitality and excellent transportation infrastructure make Austin ideally suited to host and manage an event of this magnitude. Few cities if any in America could rival the connectivity of all the key elements needed for hosting a Formula 1 event as well as Austin. Now, many people around the world will have the opportunity to experience a world-class event, facility and city.”

Cool. I’m in. So is Austin’s Mayor Lee Leffingwell:

City of Austin Mayor Lee Leffingwell continued the positive sentiments, adding “The City of Austin will be proud to host this magnificent event and I look forward to welcoming the participants and fans of Formula One to our City.”

Anyway, I don’t know how to calculate the carbon footprint of any of the aforementioned, but on the face of it, the best way I can sum it up is by saying this seems like a really cool, fantastic opportunity for Austin that runs counter to everything it tries to stand for environmentally.

15 thoughts on “What will be the Carbon Footprint Impact of Formula One Racing in Austin?”