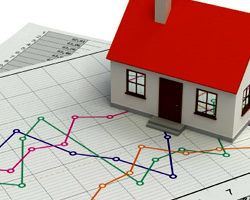 The Austin real estate market is chugging through the summer and producing some interesting stats. By that I mean that the stats shown below look better than some of the actual outcomes we are seeing in the market. Some homes are selling fast, at or close to list price, and others are not moving. In years past, I could find segments of the market or trends to point to. We still have some of those – some general rules of thumb – but we see a lot of activity, or lack thereof, with no rhyme or reason.

Lets start with the Year to Date chart through July 2010. You’ll note that almost every row shows improvement over the same period a year ago.

But for a lot of sellers, and buyers too, it doesn’t feel like “all good news”.

Many sellers are saying “where are the buyers?” and many buyers are saying “I’m just not finding anything I like”. And the deals we are getting done almost all seem to have “down market” obsticals, mostly grounded in trepidation about the market and whether the price is right. We see more often that a seller is convinced that the agreed sales price is way too low, and at the same time the buyer is laying awake wondering if they are paying too much. I don’t think I’ve ever seen a market with so much simultaneous buyer remorse and seller remorse  – about the same house!

Let’s take a look at the July stats for just the month of July.

For July 2010, we’re seeing incredibly strong Austin home price increases over the same period a year ago, but we’re also seeing a spike in the number of listings that fail to sell. 51% of the listings that departed the MLS in July did so as a failed sales listing. This is the cross-current I was referring to above, where the market seems to be producing stats that are not congruent. Normally, price increases are a result of increased demand. Increased demand would normally create fewer, not more, failed sales listings. But here, we see both.

Also, we still see a lot of homes selling for less than the 2007 value, which indicates sluggish prices still, yet check the graph below, showing the average and median sales prices in the Austin sales market from 1999 through July 2010 and note the uptick in pricing for 2010. As usual, questions and comments are welcome.

Hello Crosslands: I am a broker in Indianapolis, IN and was scouring Google for market statistics in other markets and found yours. Great content. It looks like Austin is trending up and DOM is trending down. Both good signs. We are still a little behind you in the midwest but things are inching upward. Thank you for the solid content.

Thanks David, I appreciate your comments.
Steve

I’d think the 29% drop in # of solds in July would be your headliner. Pretty much in line with what the nation overall saw in July. The tax credits simply moved sales up in the year and have left the back half of the year to limp along.

Yeah, I suppose it should have been, especially now that I see how the national media is hyperventilating over this very predictable outcome following the tax credits. We covered it already back in June:
http://crosslandteam.com/blog/2010/06/25/austin-pending-sales-update-through-may-2010/

Year to date, number of sales in Austin is actually up 5% though. We’re still unsure what the Fall will look like, but now that school has started, we should no soon.

I’m in the market for a new career and have leaned towards selling Real Estate, what are your takes on someone becoming an agent during all this turmoil? As you commented with the media “hyperventilating” about the massive loss in sales during the July month (which most Americans who don’t pay attention) was just after the tax credit came to an end so sales obviously are going to slow as would any sale anywhere. On the TREC website it states now is one of the best times to become an agent so I thought I’d get your take on it. I’m currently in the aviation industry which has taken a nose dive and will take 2 years or more to recover – once the economy has recovered. So the future isn’t looking so hot for us at the moment. Thanks.

> what are your takes on someone becoming an agent during all this turmoil?

You shouldn’t let market conditions determine whether or not to pursue a real estate career. Sylvia started in 1987, during the worst Austin real estate market on record, and she’s still around 24 years later. She thinks the agents who start and survive during a slow market will always do better long term than the ones who jump into good markets, ride the wave, then disappear as soon as things turn tough.

What’s more important to learn and understand is exactly what it takes to be a good agent, how to get leads, and whether or not you are willing to do those things. Most new agents are not and they don’t last.

I want to thank you for your website. Your article on how to respond to low ball offers is terrific. If I’m ever in the market for a home in Austin, I will contact you.

I agree with you that the sells going up as per the graph but a lot of homes selling for less than the 2007 value which indicates sluggish prices still.