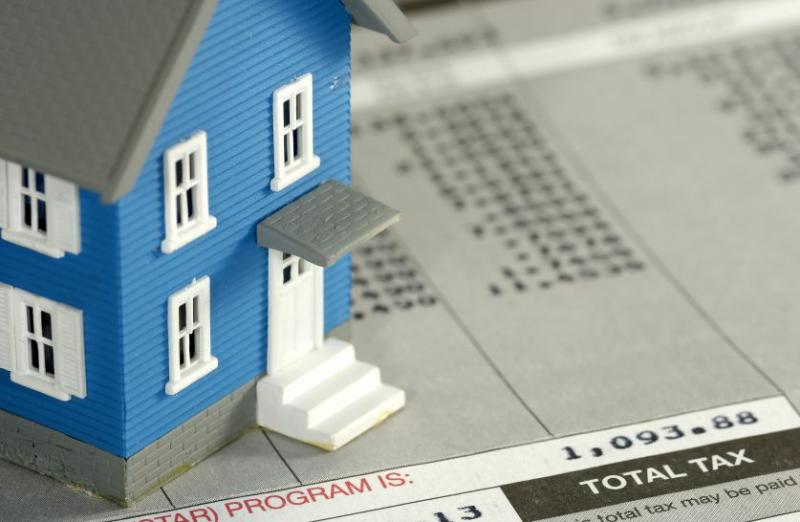 As a Realtor, I’m in the loop and a part of the massive “call to action” machine that goes into motion anytime local, state or national governments appear to be heading toward regulations or changes in the law deemed harmful to the real estate industry and its consumers. The latest call to action is regarding the recent debt commission recommendation to scrap the mortgage interest deduction enjoyed by those home owners who itemize tax deductions.

The National Association of Realtors is coming out strongly against any change in the mortgage interest deduction (MID). Since I’m not a mindless Realtor drone, I do have opinions that differ from my industry on a number of subjects. On this one I have more questions. First, let’s see what NAR has to say:

“As the leading advocate for housing and home ownership issues, NAR firmly believes that the mortgage interest deduction (MID) is vital to the stability of the American housing market and economy.

The MID must not be targeted for change. NAR is actively engaged on behalf of the nation’s 75 million home owners and 1.1 million Realtors® to ensure that the current deduction is not modified as was recommended in the Deficit Reduction Commission report released today.”

You can read the entire position statement here. I’m disppointed that it contains no actual data, statistics or substantive supporting argument, but instead just general statements saying, basically, this would be a bad idea. Come on NAR. Where’s the beef? In exactly what specific way would the elimination of this tax deduction jeopardize the “stability of the American housing market and economy.”? I mean, that’s a pretty big assertion.

OK, I understand the basic NAR position and mission of trying to keep things in place that are good for home owners. But I am also vaguely aware of the fact that not many people itemize their deductions on a Schedule A in the first place. Most take the standard deduction, making the MID a mute moot point on their particular tax returns. And many people pay no mortgage interest (1/3 of homes are free and clear) or don’t pay enough to deduct. So they are unaffected also. Who does that leave to absorb to feared repercussions?

How many home owners, or prospective home owners would, upon elimination of the MID, throw their hands up in disgust and scream (think George Costanza’s parents…) “That’s it! I’m selling my home and renting for the rest of my life! They’re not going to get away with this“?

Or, “Honey, let’s cancel the home search. If we can’t deduct the mortgage interest, it just doesn’t make sense to give up the pleasures of renting, and moving from home to home every couple of years”?

I dare say I don’t think many, if any, home owners or prospective home owners would forgo all the benefits of home ownership based solely on an ongoing income tax policy. So, who in fact might be affected by the elimination of the mortgage tax deduction and would it in fact ruin the real estate market, home values and the U.S. economy?

A quick internet search provided some of the data I’m looking for. From a Tax Foundation article, some IRS statistics about the MID, who takes it and why.

“Despite the claims of various industry groups that the home mortgage interest deduction is an important factor promoting broad-based home ownership, IRS data show the bulk of mortgage interest deductions are claimed by a relatively small fraction of Americans with incomes well above average. As a result, it is likely that the deduction primarily encourages larger and more expensive homes among a relatively small share of taxpayers, rather than promoting broad-based home ownership among ordinary Americans.”

This is what a reasonably informed person would intuit even without knowing any specific data. The article additionally claims:

There are four key factors causing the home mortgage interest deduction to be more valuable for high-income earners than low-income earners.

Second, low-income taxpayers tend not to own homes, especially those who are younger and live in urban areas. Additionally, many low-income retirees tend to have less interest outstanding on home loans—i.e., their home mortgages are “paid off”—and rely primarily on Social Security income which is not included in AGI. This reduces the tax benefit of the home mortgage interest deduction to them.

Third, high-income earners tend to have more valuable homes. In general the greater the home value, the greater the interest payment on the associated mortgage. As a result, the President’s Advisory Panel on Federal Tax Reform has criticized the home mortgage interest deduction for primarily encouraging the construction of larger homes, and not necessarily broadening home ownership among middle-income Americans.

Finally, speculators in real estate markets—those looking to hold a specific piece of real estate for a small period of time—tend to both earn high incomes and prefer interest-only mortgages. Both of these characteristics lead them to claim a disproportionate share of the tax benefits of the home mortgage interest deduction.

See NAR, that’s how you lay out your arguments, and the article contains charts, stats and links to other data and information. I’m sure there are valid counter-points to the above assertions and this will all be debated hotly by our moron sensible representatives in Washington, and I’m not taking a side per se, but my intuition and common sense tells me that there is a long list of powerful and compelling benefits of owning a home, and those benefits can’t be destroyed or eliminated by taking away a perk enjoyed by a proportionately small percentage of American home owners. In fact, we need to stop encouraging so many people to own homes, especially those for home home ownership does pose a financial risk and burden they are unprepared to handle.

Therefore I find this to be an interesting topic to follow, but I’m not in an uproar and I’m not responding to the “call to action”. Sorry. We, as a country, have to address our deficit somehow, and I think everything should be on the table for discussion.

Ultimately, as a home owner, I can’t think of a stupider and more irrational decision I could make than to quit owning my own home just because I can no longer deduct my mortgage interest on my income taxes. I suspect the majority of the small minority who actually do enjoy the mortgage interest deduction probably feel the same as me.

23 thoughts on “Are You a Home Owner Just For the Tax Break?”