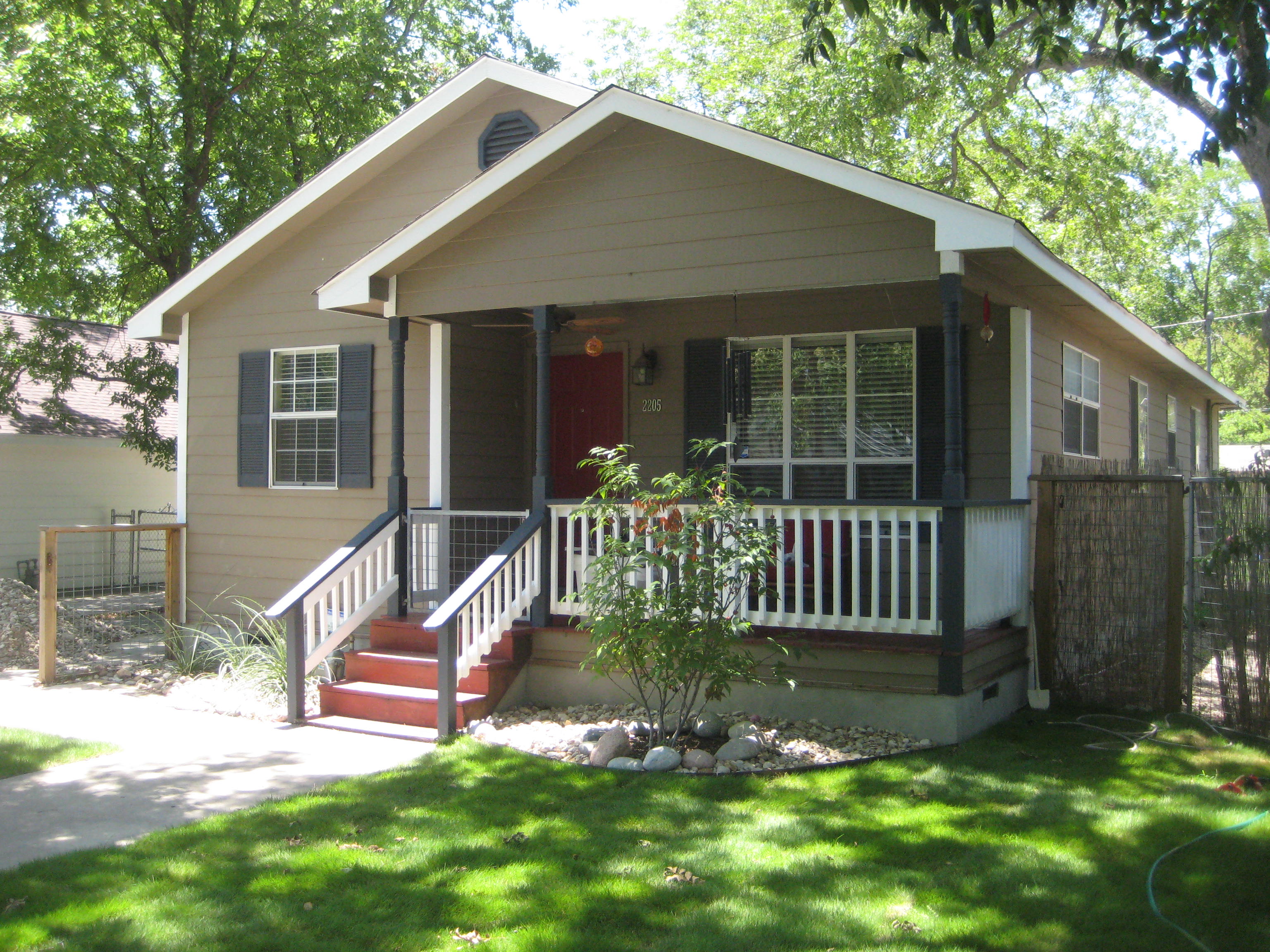 I’ve been working with buyers recently looking in Central Austin neighborhoods. A recurring scenario always develops. Buyers are in love with neighborhoods such as Allandale, Travis Heights, Zilker, Barton Hills, Hyde Park, East Austin, etc., but cannot find an acceptable home to purchase in the Central Austin areas they love.

A couple of months ago we did get lucky and find a newer home in an older Allandale area and my buyers got exactly what they wanted at the price they wanted. More recently though, after exhausting all available inventory in Allandale, a different set of buyers finally gave up. We eventually found a great house in a Northwest Austin “family subdivision” of cookie-cutter homes that is now awaiting closing. The buyers are, however, very, very happy with the home they are buying, having decided against being hard core Central-Dwellers.

This is a common outcome for buyers who start off in love with Central Austin. Many end up in a newer subdivision further out because the just can’t handle the Central Austin housing stock.

This morning, I received a call from an agent about a lease listing I have in East Austin. “Will the owners consider selling instead of renting?” she wanted to know. “Let me guess”, I responded. “Your buyer wants East Austin but you’ve shown all the available inventory and it’s all either over priced or too ratty, or you keep losing out to multiple offers”.  Bingo.

The buyer, I was told, has lost out on multiple instances of multiple offers, losing the last one even after bidding $14K over list price. Ouch. Been there, done that with buyers myself. Very frustrating. Welcome to the Central Austin home buying experience.

So, the Austin everyone falls in love with – the non-cookie-cutter central areas with charming homes on tree lined streets close to everything, walking distance to the funky little coffee shop and the hip new restaurant and 6-12 minutes from work – contains these older Austin homes that are actually not suitable for the majority of buyers who fall in love with the neighborhoods in which they are located. That’s the reality of it.

It’s sort of like being enamored by the aura and ambiance that cool, funky hippy chick you met at the party last Saturday night. The conversation was great and you had the time of your life! You think about her constantly for three days and you’re certain it’s real love. Then over lunch in the light of day three days later you realize she has some deal breaker “issues” going on that you’d really rather avoid dealing with.

Central Austin is that cool hippy chick and you’re just some poor dude with good credit who wears Dockers, works in a cube and wants desperately to be anything other than a bland, normal person. You want to be a cool Austinite, or that cool couple living in Central Austin, near a park where your dog can run. But when you and/or your wife get inside that charming Craftsman in Hyde Park and get your first look at that grungy small bathroom, you immediately feel repulsed and rule out that house. Could you really be expected to get by in a 5×8 master bath with a commode, standard tub and a one pedestal lavatory sink? “Who can wake up to that every day?” you might wonder.

And this continues until frustration and deflation cause a rethinking of either your price range, home size/condition and/or location. Suddenly, Circle C, with big soaking tubs and separate showers, separate commode closet, double vanity sinks and huge master closets seems much closer to downtown than before, especially when you walk into a $350K home in Circle C and compare it to what you get for $350K two blocks from the cool coffee shop.

So how does one actually find a suitable home in Central Austin? You have to either lower your standards or raise your price. One word: Compromise.

From my experience, something has to give. You have to compromise on something. First on the list would be decor and finish-out, or the visual appeal of the inside of the home.

Be Less Picky
For Sylvia and I, location trumped everything when we super-downsized a year ago from our nice big 3,300 sqft custom home on 1 acre in Oak Hill to our cramped little 1800 sqft 1970’s tract house in Eanes ISD. For us, being walking distance to Westlake High School and the local shops, and a short easy drive (or bus ride) to Zilker and Downtown overcomes everything else. This is the best location for school-aged families in Austin, in my opinion. The house is livable, but I’ve helped many buyers who would walk in to our very home if it was for sale and say “no thanks, needs too much updating, too small, no 2nd living room, etc”.

So, we’ve given up on space and the quality finish-outs we’ve become accustomed to the past decade-plus, and we are happy with the decision. We are going to update and upgrade eventually, but we’re durable old Austinites who know how to rough it in a fixer-upper for a year or two. We lived in Travis Heights for 5 years in the early 1990s without A/C, we both had frugal upbringings, so living in a 1970s track home with popcorn ceilings, old bathrooms and thick wall texturing is not a big deal for us.

By default, we are less picky than 90% of the buyers we work with. Because of that, we got a great deal on a house the seller previously had been unable to sell.

If you can become less picky, you open up a lot more options.

But some buyers just can’t get there. They just can’t do it. If you’re that buyer, then your candidate pool of Central Austin homes just shrank big time. By well over 70%. You have very few suitable properties to consider, unless you can swing my second suggestion and raise your price range.

Raise your Price Range
For some buyers, raising the price range $50K to $100K will do the trick. Going from $350K to $450K opens up a lot of options. Oddly, many buyers have already raised their price range in a round-about way, but are not aware they have done so. I’ll show an older house with dated kitchen, baths and decor, and watch and listen as the buyers walk through and muse about how they would need to redo the kitchen, baths, etc. and I’ll mentally be adding up those costs and say “you just rattled off about $50K in updates and upgrades to the home”. And they’ll say, “oh, it will cost that much?”. Yep, it will. And if you’re willing to spend that much on a fixer-upper, why not raise your price rage and find something already fixed up?

So, on a typical walk-through of a home that cosmetically is sound but “needs everything” with regard to updating, you can easily get to $40k to $50K before you even start talking about  moving walls and making structural changes such as opening up kitchens, adding arched openings to closed in formal dining rooms, etc. And if you’re going to do all that – and do it right – you might as well replace all the trim and doors and do the exterior and landscaping as well.

In a blink of an eye, you’re at $80K to $100K in improvements before even factoring in the costs/value of lifestyle disruption and possible displacement from the home during the work. But you’ll end up with an awesome home.

That said, it would be easier for most to simply find the home that has already had all of this (properly) done and pay more for that home. Often, these are the homes that attract multiple offers though, because there are more buyers who are unwilling or unable to imagine or complete a remodel project to a home do to time constraints or they just don’t want to deal with it, than there are buyers willing to take on a rehab project. Thus when a nicely done remodel appears on the market in Central Austin, it receives a lot of attention if priced right.

Expand your Geographic Boundaries
There are a lot of really super nice people living in Circle C and Steiner Ranch. Many are old Austintes who grew up in South Austin, got real jobs, got married and have two or three kids. I assure you they are still very cool and young at heart. But they are living the parenting phase of life. Also, many transplants, so you get a good mix. They want good schools and more home for their money, and in Circle C or Steiner Ranch, you get a great house for about $120-$135 per sqft as opposed to $200-$300 per sqft in Central Austin. And your kids will have more kids to play with than in Central Austin. That’s not to say Zilker or Travis Heights isn’t a great place to raise kids, but it’s a statistical fact that families in Central Austin are a dwindling demographic.

Yes, some buyers  have their sensibilities offended by the production builder subdivision look and feel of these type of planned unit neighborhoods, but I can tell you a lot of our buyers end up there after getting Central Austin Fatigue. It’s not the cool “Austin Hippy Chick” neighborhood, but rather it’s the “Sensible Mom in the MiniVan” type neighborhood. We all find the right blend of wants and needs, cool versus bland, sensible versus exciting in our housing selection. For some, forcing themselves into a small central Austin home just doesn’t survive the reality check of two days of looking.

Don’t give up on the great Central Austin house until you have to, but many of you will in fact give up and move further out. For those who swing it, enjoy your cool Central Austin ‘hood!

Would I love a Travis Heights Cottage with wood floors and a giant oak tree in front? Sure, but it wouldn’t make sense at this stage in life. A 1970s home in Eanes does make sense because of the schools and the location. If Sylvia has her way, this is our last house. We’ll see.