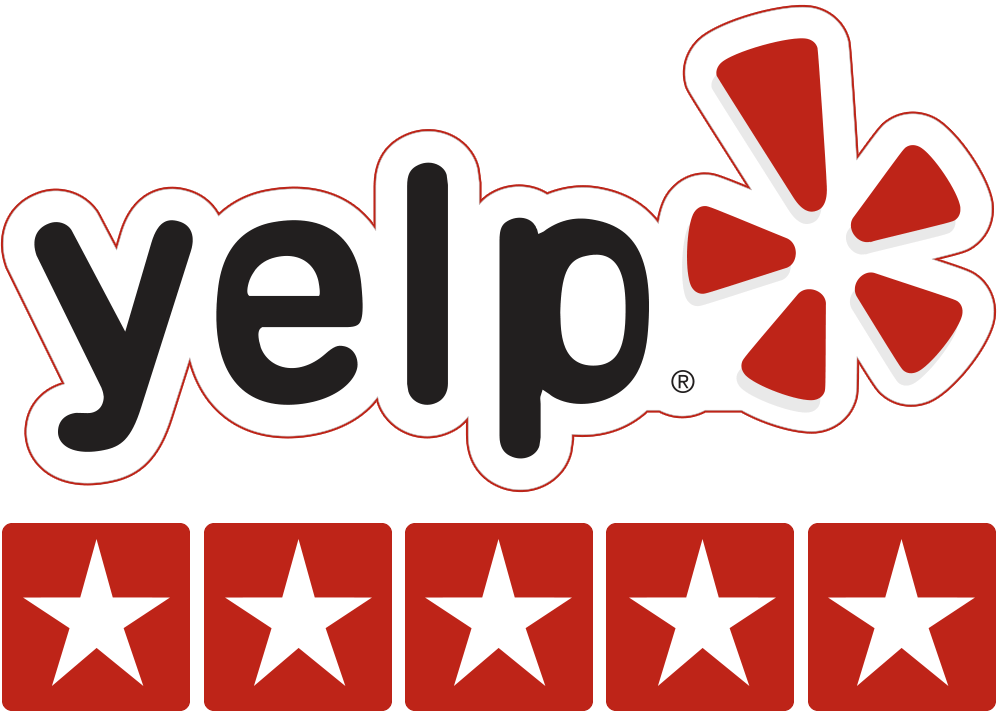 Earlier this week someone I’ve never met, Paul B from Round Rock, blessed Crossland Real Estate with a disparaging 1-Star review on Yelp. It reads:

Unprofessional and unpleasant demeanor.  General lack of realistic market knowledge and trends.  Probably better suited as a property manager, but lacks the proper people skills to be effective as either a listing or selling agent.  Argumentative and combative.

Definitely would NOT recommend, especially as a listing or selling agent

It’s hard to describe how jarring this was to read at first. Hit me smack in the face. I haven’t felt a jolt like that since the final scene in Boogie Nights. Crossland Real Estate has escaped all such “bad reviews” online until now, though I knew the day would come. After the initial shock and dismay, it settled in that Crossland Real Estate now had a 1-star rating on Yelp, which in turn displays next to certain search results. Not good. Not the sort of visual indicator that motivates a prospective new client to click through to our website from a search results page. For a moment I leaned back in my chair and stared at the ceiling and thought, “it was so much less complicated in 1993”.

To add insult to injury, Yelp has “filtered” the two legitimate 5-star reviews and the 4-star review written by actual past clients of ours because the reviews are deemed “suspicious”. Yelp considers those reviews “suspicious” because they are the only Yelp reviews written by those reviewers. I actually talked to a Yelp rep about this last year and he said that the automatic “filtering” system hides solo 4 and 5-star reviews to prevent abuse. That makes sense, but these are actual client reviews, not bogus made up reviews. Yet, since Paul B from Round Rock has written 12 reviews, he’s considered a valid Yelp reviewer, even though, as I reported to Yelp, he’s never been a client of ours and we know not who he is or why he wrote what he wrote.

So, determined not to let a 1-star review from Paul B of Round Rock stand as the only visible Crossland Real Estate review on Yelp, I decided I needed to somehow dilute Paul B’s opinion with some rebuttal reviews more reflective of the truth. But this needed to be done without running afoul of Yelp’s rules. Here’s what I did.

After reading through Yelp’s rules, I found that asking for reviews, while frowned upon, is not expressly prohibited. Here is what Yelp says in its FAQ section:

OK, then. I get it. And I’m willing to get on that “slippery slope”. But knowing that it’s not forbidden to ask for a review as long as it’s not in exchange for special discounts or other considerations, who should I ask? We have a notebook full of paper Client Surveys that we mail out to clients after closings, which they return to us in a pre-addressed stamped envelope. That’s real old school but we’ve never stopped doing it. Just received another one back yesterday, all “10s” with some very nice comments. On each survey is a Yes or No section which asks “Can we use you as a reference?” and “Will you write a recommendation letter for us?”. Everyone always answers “yes” to these.

So, I could ask those past clients, but what good would it do if their reviews are just going to be “filtered” and hidden. What I needed was some reviews from past clients who are also established Yelpers.

Digging around further on the Yelp website, I found a “find friends” section which allows the import of contacts from Google Contacts, Outlook, Yahoo, Hotmail, etc. This is the same way you find “friends” on Facebook or Linkedin when you first sign up. I entered my Gmail credentials since all my contacts are in Google Contacts. The process produced a page loaded with hundreds of contacts who also have Yelp accounts. Next to each contact name were small icons indicating how many “friends” each contact has on Yelp, and how many reviews each contact has written. Bingo. That’s the data I needed.

Next was the decision of what to say in a personal “review request” email to each selected contact. I agree with Yelp that this needs to be done carefully and with integrity. Therefore, the message was short and factual.

“Would you be willing to write a Yelp review for Crossland Real Estate, based on your knowledge of our business practices, your experience and interactions with us?”

And then the factual reason for the request.

“Someone we don’t even know and have never worked with wrote a disparaging Yelp review about Crossland Real Estate, so now we have a “1 star” rating. Meanwhile, Yelp hides/filters the 3 positive reviews we have because those reviews were the first and only Yelp reviews written by those clients. This is frustrating and has prompted me to become more proactive and start requesting reviews from current and past clients, colleagues and peers who have written at least 1 previous Yelp review, as you have.”

For any of you thinking of using a similar process to ask for and build reviews, I think it’s important not to request a specific star rating. I would never ask someone “can you give me a 5-star Review?”. That’s way too car-salesman-like. I don’t want just 5-star reviews, I want honest, helpful feedback, whatever the “star” rating. It’s also important, I believe, to not even directly encourage a positive review, or to say anything sleazy like “if you don’t feel you can provide us 5-stars, please call to discuss”. Ever bought a new car and received that blatantly shameless plea for “all 5s?”. Disgusting. Don’t do that. If I ask someone for an opinion, it’s for better or worse, and the chips ought to fall where they may.

I think, over time, those of us who provide services that are valued by our clients will achieve a natural balance of “mostly great” 4 or 5 star ratings that hopefully help review readers gain insight into what to expect should they use our services. No company or service provider is perfect, and I am frankly skeptical of the companies I see on Yelp, especially restaurants, plumbers or other services of a highly subjective nature, with gobs of 5-star reviews. That doesn’t seem natural to me and I don’t believe those reviews. I suspect it’s a result of an effective campaign of some kind instead of naturally occurring. And if you read some of the writings, some seem almost “professional” in nature, too well written in fact. Though I’d love to be so well thought of, it’s not my expectation to achieve “all 5s” year after year and I would never expect that outcome.

That said, as I wrote personal emails all morning and early afternoon that day, sending them one at a time and personalizing each one to some degree or another, the result was a slow trickle of 5-star ratings starting to appear. By the next morning, 6 in total yielded from 12 emails sent to a combination of past clients and industry peers.

One current client wrote back “That bad review kind of irks me.  I have posted one in your defense. Thank you, it is my pleasure to help any way I can.” Others were similar.

Finally, I wrote the “public response” to Paul B’s contribution to the Crossland Real Estate Yelp page. Yelp allows a “public response” in answer to negative reviews. I kept this clean, cordial and fact-based, but also used it as an opportunity to throw in some plugs for our accomplishments and industry experience.

As a result, instead of one lonesome 1-star review on Yelp, we now have, as of this writing, six 5-star reviews, among which Paul B’s 1-star review seems rather silly, ridiculous and impotent. In fact, I hope he leaves it there. It creates a brilliant contrast and, as I said before, makes the reviews in whole seem more “real” than a slate of all 5-stars would be.

What’s the saying, “if life gives you lemons, make lemonade?” That’s how we as business owners need to approach the online world of reviews. Paul Bs 1-star review of Crossland Real Estate on Yelp isn’t a bad thing. It turns out to be the catalyst that sparked a real serious motivation for me to start thinking of ways to proactively address this internet rating/review phenomenon. Without that 1-star review, it may have remained on my back burner. So he actually did me a favor because Crossland Real Estate now has a more impressive online reputation than it would have had the 1-star never been written.

There is more work to do. Aggregating the various reviews we do already have in places other than Yelp and making those reviews easier to find and read for prospective clients is next on my list. Unless there are WordPress plugins or other tools to accomplish this, which I haven’t researched yet, I’m probably going to have to create a “Reviews” page with snippet quotes and links to the full content on the various repositories. This would be the next generation of our “Testimonials” page.

Also, figuring out a way to invite reviews without causing an uncomfortable sense of obligation for those being asked might be tricky. The 1-star review provided a concrete reason with urgency attached. That made for a nice context for a direct “call to action” request for a review. That’s not the case going forward. So, like anything else I want in life, I simply ask with no expectations, and make sure people know where we can be reviewed.

So here goes: if you are a past client, regular blog reader, have knowledge of Steve, Sylvia and Crossland Real Estate, have something you want others to know, and feel so inclined, we can be reviewed at any of the following repositories:

Crossland Real Estate on Yelp – 7 Reviews + 3 hidden. (must be Yelp Community member and have posted prior reviews)

CrosslandTeam.com Testimonials Page – 47 Reviews (can’t be created online, just for reading if you’re interested. Havent updated in two years, which is next on my list as well)