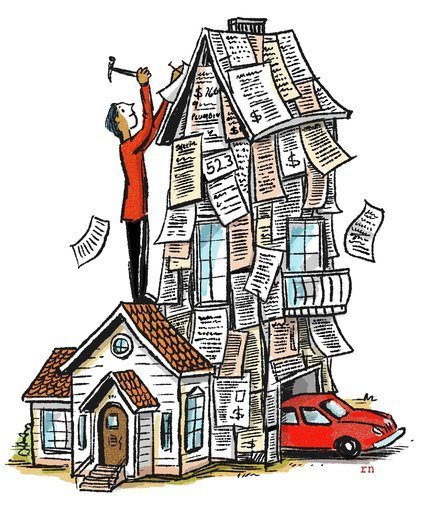 We recently had a transaction where the seller refused to negotiate any repair adjustments. None at all. This is actually not completely unusual, but most of our buyers do receive at least a small amount to offset repair and condition issues that were revealed by the inspection and not disclosed on the Seller’s Disclosure form.

But on this particular transaction, the buyer received a favorable contract price. The seller felt that the home was a good deal as-is at the contract price and was unwilling to offer anything else. Buyer was ok with that, so no problem.

But then the listing agent wanted to buyer to go ahead and terminate the Option Period in writing. Buyer had no motivation to do so and didn’t want to give up that right, so the seller and agent ended up having to fret and worry (needlessly) for an additional 5 days. This could have been avoided if the seller and agent had been willing to give up at least a token amount toward repairs. Here’s why.

Most transactions do in fact have a “2nd negotiation” or “repair negotiation” following the inspection. I haven’t sold a “perfect” house yet. Even brand new homes produce a list of deficiencies that need addressing. The offsets or allowances for repairs are most commonly cured by agreeing to an amount to be inserted into paragraph 12(a)1b of the sales contract, via a final amendment.

That paragraph is the “buyer closing costs paid by seller” paragraph. So, if buyer and seller agree to a $500 offset in lieu of repairs, $500 would be inserted into 12(a)1b and would thus reduce the cash buyer brings to closing by $500, which is essentially the same as the seller giving the buyer $500 at closing toward repairs. We do it this way because it’s cleaner.

Also on the final amendment is a checkbox terminating the buyer’s Option Period. So, this 1-page final amendment works to seal the deal, so to speak. Buyer says to seller, via the amendment, “you give me some money to help with these repair costs and I’ll terminate my Option Period and we can move forward”. That’s a fair trade.

Still, agent and seller fretted and worried about the fact that it was still technically not a “done deal” because the buyer still had 5 days to “change his mind and cancel”. This is where, if I was listing agent, I would advise the seller to offer a small repair amount, which would be addressed in the final amendment along with the termination of the Option Period.

Most sellers probably don’t worry this much about it, but if you’re a seller who does like a sense of conclusion to the repair phase (Option Period) and you want to know that the buyer is ready to move forward, then be ready to give up something in exchange for that certainty, even if it’s just a token $100 toward repairs.

6 thoughts on “Seller Should Pay at Least Token Repair Amount”