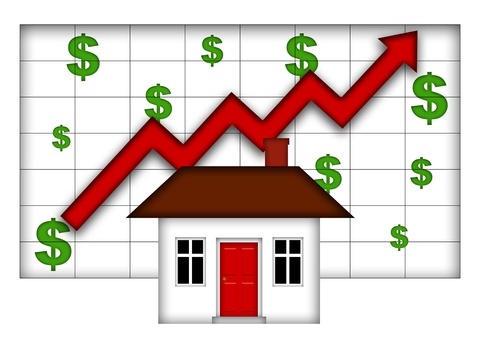 The Austin real estate market has found its traction this selling season. Good for sellers, frustrating for buyers. And there hasn’t been any let up. Sylvia and I personally had a record June. July has been extremely busy as well. We’re encountering multiple offers, backups offers, and several listings we’ve sold from “Coming Soon” signs that never made it into the Austin MLS.

That said, we still see that this good market isn’t yet showing up for every home or in every neighboirhood. So, for now, the rising tide is floating most boats, but not all. I’ll have a neighborhood breakdown in a following post.

I have several charts and graphs below that give visual representation to the market. The first is my recurring 1999 look-back graph. I like this one because it puts into context our market for the past 13 years. Next is June 2012 compared to June 2011. The left column shows the previous month, for reference. The right colum is color coded, red for downward movement, green for upward movement in the particular market measure. As you can see, everything is green.

The number of homes sold this June is up a whopping 50% from same month last year. Average sold price is up 4.55%, median sold is up almost 12%. Average days on market is below 60 days, and median DOM is below 30 days. Very strong numbers. Expired/Withdrawn listings (Not Solds) are down substantially from June a year ago, dropping from 33% of listings to 23% this year.

The following chart is Year to Date numbers for the first half of 2012 compared to first half 2011.

Year to date 2012, the numbers are strong but less so than the month of June alone.

The number of homes sold this YTD 2012 is up a strong 17% from same month last year. Average sold price is up 2.5%, median sold is up an impressive 7%. Average days on market is 67 days, and median DOM is 35 days. Good numbers. Expired/Withdrawn listings (Not Solds) are down substantially from first half a year ago, dropping from 37% of listings to 27% this year.

Conclusion
If you’re a buyer, reset your expectation and be prepared to compete for a listing if you’re looking in a hot area. Expect to pay more and to accept fewer repair concessions. The good news is your interest rate. 2.75% for a 15 year loan, less than 3.5% for a 30, as of this writing. Those are awesome interest rates, at historic lows. If you do the math, a lower interest rate is worth more, long term, than a lower price.

If you’re a seller… it depends. Most of our listings are doing very well, but some are not. I just listed one in Great Hills 78759 that sold immediately and we have a backup on the way. I have one in East Austin 78702 that never made it into the MLS, sold from the “Coming Soon” sign. One of Sylvia’s listings in Western Oaks 78749 went under contract almost immediately as well, for a price higher then the sales comps suggest.

But I also have the best priced listing in 78704 , a 2/1 for $225K, completely remodeled and awesome. It’s not getting shown, hardly at all. That one’s a head scratcher. Sylvia has a listing in Pflugerville that hasn’t received any showings at all. And our Lake listing on Dry Gulch (uh, Pedernales River) has had 2 showings in 9 months.

So it’s still a spotty market. The biggest mistake we can make as listing agents or sellers is to read too much into the market strength, and overprice a listing. Buyers are not going to over pay for a home. Even the “hot” neighborhoods have homes that, for what ever reason, don’t attract a buyer. There is one down the street from us like that that I think is priced very well (below $400K in Eanes) and it’s still available. It suffers from the “1970s floorplan curse”.

Still, after 3 years of slow market conditions, it’s good to see this level of vitality in the Austin real estate market.