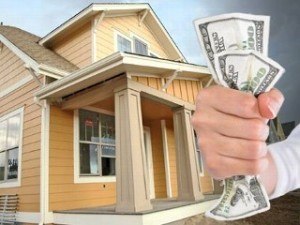 Austin Buyers, when trying to win a multiple offer situation on a home in Austin, how much is “too much” to pay? It’s a hard question to answer because it’s both personal and subjective. One buyer’s “too much” may another’s “good deal”. One buyer’s “perfect” floor plan may be another’s “it’s just ok”.

That said, if you’re about to write your 5th offer having lost the last 4 multiple offer situations over the past 2 months, you have to wonder if the 4 buyers who beat you were all fools. Were they? Probably not. They all have a house now, and you don’t.

And when you finally do get your own home under contract, you may have to pay relatively “more” than it would have required to win one of those 4 lost bid efforts a few months earlier. That’s ok though. Losing out on multiple multiple-offer situations is a progressive, education process. Losing out on homes does provide value and context as it toughens your resolve going forward, and makes you smarter and, more importantly, braver. Hopefully you have a good agent keeping you sane too.

We all make these decisions in life, not just in housing, but in many areas, whether it’s picking one job opportunity over another, or one college over another. Spending $2,500 to repair the 12-year-old car vs buying a new one. Even who you marry.

Sometimes, you have to pull up your A-Game, check your gut, and make the best decision you can in that moment. But in doing so, you are taking a “risk”. And you don’t get to find out of you were “smart” until later, at some point in the future, once all the data becomes known and the dust settles.

For risk tolerant “fools” like me, these risks are exciting. The reason for living. We LOVE dilemmas and hard decisions. We love “trusting our gut” and making decisions with incomplete information. This is the game of life. We’ve accepted that we are capable of boneheaded decisions, but having made many, have also discovered that some of our best outcomes in life resulted from “going for it” and making decisions which were not completely supported by facts at the time.

Meanwhile, we also note that some very carefully, thoroughly thought-out plans, based on careful evaluation and supported by “all the facts”, resulted in big “fails”.

In other words, those of us who are “risk tolerant” expose ourselves to more opportunity, both to succeed and to fail. But I don’t think overly “risk averse” people succeed more because of their caution, nor do they fail less. In fact, I think they often let “fear of failure” hold themselves back and lose out on what they really want in life. Like a new house that they’re afraid to pay “too much” for.

This is a hard concept to come to terms with. Not only for our “Engineer” buyers but also those who simply fear making a bad decision, or disappointing someone else. But I return again to the first question – were the 4 buyers who beat you in the last 4 multiple-offer situations you lost all fools who paid too much?

I paid “too much” for a house I bought in Oak Hill in 2007, right before the real estate market went soft in Austin. The house was listed for $162,500. There were 5 offers, I wrote an “escalation clause” into my offer, (before TREC told us it was illegal) which said I would beat the next highest offer by $1,000 and take the home “as-is”.

The agent called and told me there were 5 offers and the highest offer was $167,500 and asked did I mean what I said, and want to raise my $165K offer to $168,500 and take the house as-is with no inspection? “Absolutely”, I said. I got the house, paying 3.7% over list price and getting nothing back for repairs because I waived the inspection. Pretty risky. Some might have called it “dumb”.

I’m refinancing that house now, 6 years later, and waiting for the appraisal to come back, which should value the home at around $225K, which is 5% annual appreciation, most of which happened the past two years. It rents well and is located in an awesome SW Austin neighborhood. Had I been “smarter” and “more careful”, I would not have bought this home. Yet it turned out to be an excellent investment. The refi to a 15 year note at 3.5% interest means I’ll have it paid free and clear when I turn 65. Another great addition to the rental/retirement portfolio. But I had to be “stupid” to be “smart”. I had to be willing to take a risk.

On the other hand, I invested in some vacant lots the same year in Oak Hill. That deal was much more carefully thought out. I spent months thinking it over. I eventually decided it was a “can’t miss” investment. Yet I got hosed and lost money because the high-end market tanked even harder than the rest of the market in Austin, and these lots were in a high-end neighborhood.

That was a “smart” buy that made perfect sense at the time and seemed very “low risk” to me. I eventually sold the lots for what I paid, after paying interest-only mortgage payments and property taxes for 5 years. But I don’t regret the decision. It’s ok. In real estate investing, you just need the singles, doubles, triples and home runs to outnumber the strikeouts. This was a strikeout, but that’s ok.

So, in helping buyers and investors, I bring this context with me. The fact that I know you simply can’t eliminate all risk in a real estate purchase, nor can you assure yourself of positive upside. And in a competitive seller’s market such as we now have in many areas of Austin, both the risk and rewards are higher.

If you’re going to beat the stampede of other buyers for that home you really want in SW Austin, you have to be willing to, perhaps, be a fool. But before you learn if you were a fool or not, you’ll get to enjoy being a “winner” of those multiple offers. You may have had to bid 3% to 5% over list price, and/or 3% to 5% over the value that your Realtor’s CMA placed on the home, but you’ll be a “winner” before you’re a fool.

And if the market in Austin appreciates 8% to 12% this year, as I think it will, so what if you paid “too much”? You got the house, and you gave away a half-year of appreciation. So what? You got the house. You’re done looking, the stress is over. Enjoy! If you bid 3% to 5% over list, I put that in the group of those paying “responsibly too much”, or “responsibly risky”.

I know it’s hard, emotionally, to think like this. But the world is ruled by risk takers, not the safe and careful. And that’s true of the Austin housing market at present. Nobody in the year 2020 is going to say 2013 was a “stupid” or “risky” year to buy real estate in Austin, even if you responsibly paid “too much”. There will be some who look back from 2015 and regret that they let the competition scare them off though, and kept renting.

8 thoughts on “How Much is Too Much to Pay for an Austin Home?”