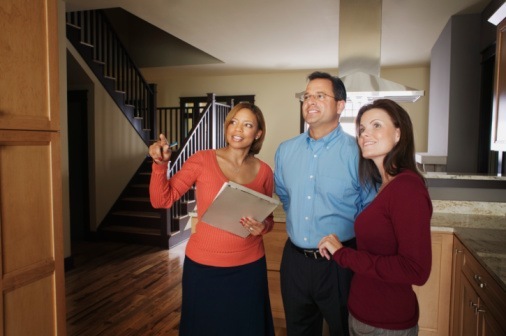 Does your Austin Realtor know how to show houses? Maybe not. Ask him or her what “Call and Go” means. The answer might be embarrassing to the agent, once you read this article.

I asked my 10th grade daughter what she thinks “Call and Go” might mean as a showing instruction in Austin MLS listings. She’s not a Realtor and doesn’t know much about the business other than what she absorbs through osmosis from Sylvia and me. But her tart teenage retort was, “well, obviously, if that’s what it’s called, you call and then you go… is this one of your trick questions?”

No, it wasn’t a trick question, but I did have a recent experience which revealed that many Austin Realtors actually DO NOT KNOW what “Call and Go” means as a showing instruction.

I had a new listing for which I expected a tsunami of showings and a quick contract at or above list price. Since the seller was departing on a weekend trip the same day I was entering the new listing, I didn’t want him to be bothered or troubled with tons of showing calls and voicemails during the trip. So I entered my own GoogleVoice voicemail number into the listing as the “call and go” number instead of the seller’s. Thus, the listing had agent showing instructions of:  “Owner Occupied”, “Call and Go”, “Key in Lockbox”.

C&G is by far the most common showing method for Austin MLS listings, and the best way to encourage the most showings. The only status that provides easier showing access is “Vacant and Go”. Other parts of the country don’t do this and instead have elaborate appointment setting logistics. Some are even appalled that we have something called “Call and Go”, as they can’t imagine a buyer’s agent having the seller’s phone number. But it’s common in Texas, where we’re not all uptight and where we actually want our homes to be easy to show and sell. Call and Go does the trick.

Call and Go, as you no doubt assume,  means simply that you call the number, tell the seller when you’re coming, or leave a voicemail saying when you’ll be showing, then you just go. No appointment or other conversation is needed. No return call or confirmation is required. It’s simply “call and go”, just as the name implies.

We Get it. So what?
What I learned when my voicemail number became the call  and go number, was that an astoundingly high percentage of Austin Realtors, almost half in this particular instance, do not know how to show a home per the listing instructions. Almost half did not understand what C&G means.

Example Agent 1: “Hi, uh, this is, uh, {agent name} with {agent company}, just checking to..uh,  see if it’d be ok to show your home on {street name} later, like maybe around 2 I think. Uh, OK. Just give me a call back and let me know”. (hangs up without leaving phone number).

And so it went, many cringe-worthy messages similar to the above. Agents acting like the showing required “appointment with owner” or an imaginary “permission from owner” prior to showing. All of these messages required me to call back and say “it’s Call and Go, just go”. Then I would wonder, worriedly, what it would be like working a deal with an agent who doesn’t even know how to schedule showings for his buyer.

The good news (using the term loosely) is that more than half, (if just barely more), left the same basic message script I use:
“Hi, this is Steve with Crossland Real Estate. I’ll be showing your home today between 2 and 3PM. No need to call back unless that’s a problem. You can reach me if needed at {cell number}. I’ll leave a card so you’ll know I was there. Thanks!”.

This is the best script for Call and Go. Short, to the point, unambiguous, clear. Many agents add the “no need to call me back” because, like their confused agent counterparts, many sellers also do not know what C&G means. After hearing the message, they call back to talk about it. Or, unfortunately, to reschedule or try to control the showing by telling us someone else is already coming at that time. To which I reply, “that’s ok, we’ll work that out when we’re there. Thank you”. But that’s another topic – overly helpful sellers who impair their own sales effort by making the home hard to show.

Conclusion
If you’re an Austin Realtor, be at least as smart as my 16-year-old daughter who has no real estate experience. Do as the name implies. “Call and Go” means what it says. And think about what you’re going to say before you dial, whether the call is answered live by the seller, or you reach voicemail. Don’t leave a voice message in which you sound like an idiot who can’t form a complete sentence. You might want that seller to pick your buyer’s multiple offer, and you’re letting your buyer down and hurting her chances when you fumble the first impression.

Many of the aforementioned showing voicemails I received were disastrously inarticulate. If it wouldn’t be inappropriate, I could put together a compilation of the messages that were left for me by Austin Realtors on this particular Call and Go listing. It would be more than embarrassing to our profession. The solution? Get a short, easy script, such as mine above, and practice saying it until you at least sound smarter than a 10th grader. Seriously.

We need to do better as an industry. Is knowing how to show a home too much to ask of the average Austin Realtor?

9 thoughts on “Does your Austin Realtor Know How to Show Homes?”