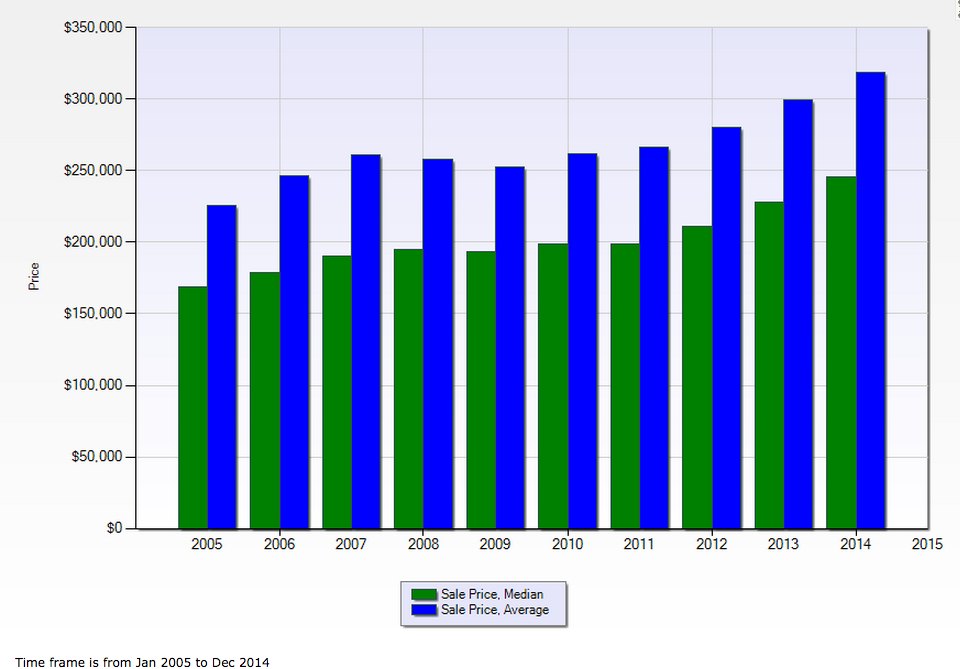 What will the real estate market in Austin do for 2015?

Most likely, more of the same. More of what we saw in 2013 and 2014 Spring/Summer selling seasons, which was strong price increases caused by limited supply and increasing demand. Especially in the central core areas of Austin but not limited to just those areas. Even homes in Pflugerville get multiple offers now.

The increasing demand is coming from job growth in Austin, which is showing no signs of abating in 2015. Unemployment in Austin is a low 4%. Simply put, barring a major macroeconomic event that affects our local economy and job growth, our housing market will keep chugging along and prices will continue to rise. Nothing will stop it short term, but it will top out eventually and take a breather. Maybe in 2 or 3 years from now.

The recent drop in oil prices will affect Texas to some small degree, maybe Houston mostly, but represents nothing more than a pothole in the road for Austin currently. If anything, it could free up a bunch of construction labor that fled to the oil fields for higher pay, which would help the new home builders increase volume. New home construction is currently restricted by labor shortage and low availability of build-ready lots, which exasperates the effort to meet demand.

Current, Past and Future Values
The median value of a home in the Austin Metro area is now about $250,000. Average value will probably break $350K this summer. A decade ago median sales price was about $150,000 and the average was $225,000. That’s really only a 5% annual increase roughly, which is what we expect over a decade of time, but so much of it has happened the past few years that it feels like too much too fast.

Also, and of concern, much of the appreciation is concentrated in the central “core” areas of Austin proper, which is no longer affordable to service workers or median income families. I sold a home last summer in 78704 zipcode for $290K which sold for $58K 18 years earlier. That’s bumping a 10% annual appreciation rate over two decades. Same with a home we bought in Westlake in the low $300s in 2010 and sold for $500K in 2014. That’s a 10% annual increase over 4 years.

And wages haven’t kept up, so the median income buyer who wants to live in Austin proper, close in, will continue to be pushed out into the suburbs like Leander where a home at or near $200K is still doable, but where they will have to endure ever worsening and soul crushing commutes on our congested roads.

How Should Austintes feel about this?
The value appreciation of Austin home prices gives me mixed feelings.

As a longtime 30-year resident of Austin, and one who remembers and enjoyed the time when Austin was a slower, mellower, low cost slacker haven, I’m troubled by the recent price run ups. But as a real estate investor who owns real estate as part of my retirement plan, I’m very happy. I’m also happy for all of the “buy-and-hold” investors we’ve represented and continue to assist. And of course our Brokerage business has thrived, setting sales records the past three years.

So, I guess, for me, it’s been troubling but prosperous.

But I’m troubled because, as the father of 18 and 21 year old daughters who are born and raised here in Austin, and who both want to make Austin their permanent homes after college, I see the neighborhoods and areas where we raised them becoming unaffordable. We lived in Travis Heights when both were born. That’s off the table for a college grad or new young family. A college grad in 1996 would have been able to purchase a modest home in the ’04 for $60K-$100K. But a college grad today can’t buy a $300K-$1M home in the 78704 zipcode (South-Central Austin).

Neither me or Sylvia would even be willing to move back into Central Austin again, because we just don’t see the cost/benefit tradeoff making sense. Who wants to pay $15,000-$18,000 per year in property taxes during retirement? But many people still do want to live “Central”, and we love to go there and hang out in and around downtown. But I’m not willing to devote more than a certain amount to housing cost, no matter the lifestyle benefits. So being 15 minutes away is good enough.

Even our current and most probably final retirement location in the middle class SW Austin neighborhood of Villages at Western Oaks saw big jumps the past two years. We ourselves got into a bidding war and “overpaid” for the home we purchased in July 2014. But there was no substitute property, and we wanted that house, so we played to win. Meanwhile, because our house in Westlake had appreciated by so much in 4 years, an extra $10K or $20K didn’t seem to matter much in the big picture.

And this is how many who come from higher priced areas, mostly California, view Austin home prices when they get here. To a local, paying $500K for a 1978 1,800 sqft ranch style home, no matter the location, no matter how good the schools, seems insane. To someone from the west coast, $500K is a relative bargain, and seems really cheap, even with our higher property taxes.

Will it get better?

No, it won’t. This is the new normal in Austin TX. But it’s still a great place to live.

Austin is now an expensive, congested city. Period. With that does come some good though. I still love it here. No plans to leave. But we got in way back in the slacker days of light traffic and cheap living. For others, like my daughters, well…, let’s just see if Pflugerville becomes “hip” because than may be all they and their friends can afford.