Last Tuesday my tenants did not show up at Eviction Court, so I was awarded possession of the property. Afterwards, I immediately drove to the property to find it trashed, as expected. I own this particular property. The tenants had lived there since 2001 and had been good tenants until about a year ago when they started having payment problems. I worked with them as best I could. They would fall a month behind. Catch up. Fall behind again. Catch up. And it became a cycle that I normally won’t allow.

But after I discovered they had their deadbeat adult son living there, and he mouthed off and cussed at Sylvia when she knocked on the door last month to see if they were still living there (after we again received no rent and no communication), I decided to call it quits and I initiated the eviction process. I knew in doing so I would be incurring now a fairly expensive makeready and turnover expense.

This brings me to a point I always try to make with prospective investors thinking about buying their first rental property. If you can’t afford to take the occasional big financial hit that can happen to any landlord at any time, don’t buy rental property. As I walked through my home, strewn with abandoned belongings, including a wrecked motorcycle left in the garage, I concluded quickly by rough estimate that I was looking at a very costly turnover, probably up to $12,000 depending on what I ended up doing on the rehab. This house will need the full treatment.

$2300 = Lost rent prior to the eviction.
Almost two months lost rent because I was slower than I normally would be due to my long-term history with the elderly tenants and hoping they would come around. A managed property would have been dealt with much sooner, so I broke one of my own rules and it cost me almost an entire additional month of lost rent by being slow. 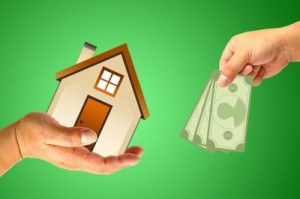 Austin Real Estate Agents disagree on the best negotiating strategy for responding to lowball Real Estate offers. There are two general camps of thought. One philosophy says that the amount of an initial offer doesn’t matter, and that the seller should always respond to any offer with a counter-offer of the lowest ‘bottom dollar’ price she is willing to accept for the property. I not only disagree with this strategy, but believe it is fails to protect the seller’s best interests.

To put it harshly, it is incompetent and negligent, in my opinion, for an agent to advise a seller to disclose her bottom line price based upon nothing more than the existence of a lowball offer. Nevertheless, I’ve heard many veteran agents claim that this is the best response to any offer – that “any offer is a good offer and deserving of a counter-offer”.

Would this ham-handed technique be representative of the “expert negotiating skills” that we as Realtors hold forth as one of the primary reasons you should hire us? I hardly think so. Of course there are exceptions to every rule, but in general, in a healthy market with a properly priced home – and the seller being under no extraordinary duress – I think responding to a lowball offer with an immediate price decrease is a very poor negotiating strategy.

Another approach, the one I follow both as a listing agent and as a seller of my own properties, has always been to respond to lowball offers with a cordial “thanks, I appreciate the offer – really I do, but we’ll have to pass on it at this time”.