Sylvia and I have two children. We didn’t want three, only two. So after the second daughter, I visited Dr. Chopp (really his name) and that was that. Although I admire and love my friends with bigger families of 3, 4 and 5 kids, I like having just two offspring. We didn’t want a third, for many reasons.

What’s this got to do with iPads? Well, I don’t want a 3rd digital device to haul around either. I have a laptop and an iPhone. I don’t want a 3rd electronic thing, simple as that. Enough is enough. I have enough digital overload, I don’t need something else to plug in and care for. I refuse to add a third device, period.

That said, the geeky side of me really, really wants an iPad, but I can’t match the emotional desire to have one with any relevant productivity benefits. To me, it would have to prove itself as a productivity tool, first and foremost. I don’t need a toy. Until a tablet can function like a laptop replacement, I have no use for one.

Does this hurt our productivity as Realtors? If you believe all the hype, yes. But as I’ll explain in this article, no, there is nothing that Sylvia and I need to do as Realtors that would get done better, faster or easier with an iPad.

Let’s look at some of the benefits of iPad for Realtors that I see and hear about most often.

Listing Presentations Tool
In the old days, Realtors used notebooks and flipped the pages while sitting with a seller. Later, PowerPoint came along, which required a laptop. And now, agents can dazzle prospective clients with presentations on the iPad. 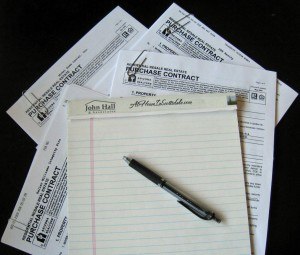 The last time the Austin real estate market saw this many multiple offers was in 2006 and 2007. Back then, buyers working with me and Sylvia won more than their share of these competitive offers by following a simple strategy, which was, make your offer acceptable and ready to sign with no mistakes or weird language. That’s it, basically. There is also the cover letter, and offer price strategy, but it’s not rocket science. More on that in a minute.

I was fired by a buyer in 2006, who told Sylvia “I only want to work with you from now on. Steve is pushy, arrogant, rude and doesn’t listen to me“. Actually, I did listen to the most important thing this buyer was telling me. She really, really wanted this house and would be very upset if she lost it to another buyer. Understood. I know the mission and what we must do, I told her. We need to write a winning offer, and I know how to do that.

So we sat in Starbucks and started writing the offer, at which point this California buyer wanted to instruct me about how and what to write, which included some non-standard language and quirky California nonsense. I was confused, because on the one hand, buyer really wanted to be selected over the other multiple offers, but on the other hand buyer was insisting we write the offer in a way that would doom it to failure.

Therefore, I repeatedly said, “no, we’re not going to write that in. You want your offer to be the one the seller likes most and decides to sign without countering“. It was like pulling teeth, partly because we were both “Type A personalities, but what we ended up presenting the seller was a super clean, ready-to-sign offer, with no mistakes or goofy non-standard provisions. Seller indeed liked our offer best and signed off as-is, without countering everyone for “best and final”. The buyer got the outcome she really wanted and was happy about that. But then she fired me because she was so upset with my refusal to write the offer her way. I felt less bad about that than I would have felt about sending in a crappy, embarrassing offer that failed the buyer. Sylvia took over and everything went smooth through to closing. 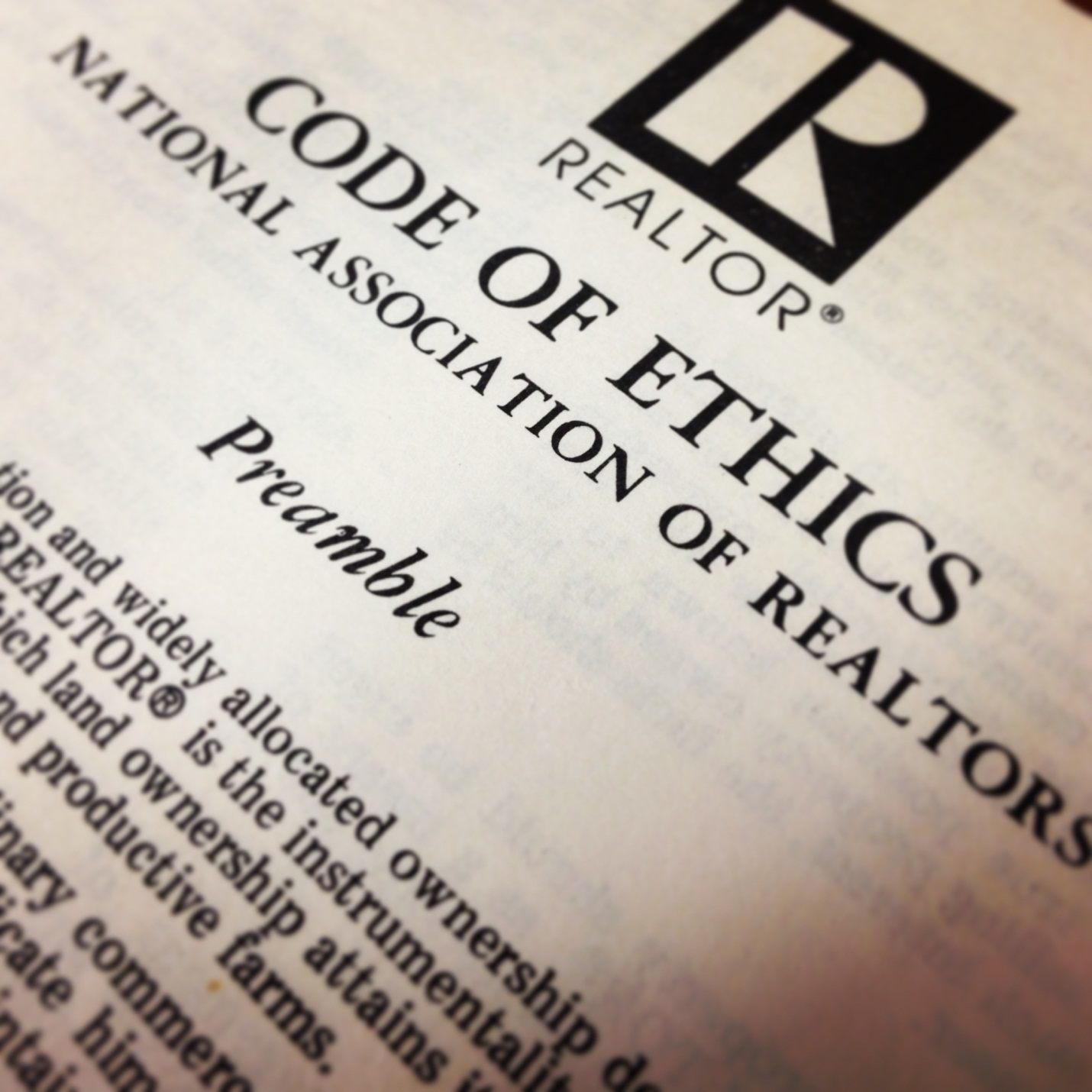 As we’re all bombarded for one last night on radio, TV and our mailboxes with the offensive and intellectually insulting ads produced by maggot politicians seeking our votes, I thought it would be interesting to see what the world would be like if these scumbags had to follow the same Standards of Practice and Code of Ethics that we do as Realtors.

Article 1
When representing a buyer, seller, landlord, tenant, or other client as an agent, REALTORS® pledge themselves to protect and promote the interests of their client.

This means instead of seeking power and wealth for yourself, Mr. and Mrs. Politician, you work toward the best interests of your “clients”, those being the constituants whom you are suppose to serve and represent.

Article 2
REALTORS® shall avoid exaggeration, misrepresentation, or concealment of pertinent facts relating to the property or the transaction.

Stop telling lies about your opponent, about yourself and about the issues. You’re all worse than a bunch of 5 year olds. It’s embarrassing to watch your ads on TV. You all should be ashamed.

Article 3
REALTORS® shall cooperate with other brokers except when cooperation is not in the client’s best interest.

Work together to solve common problems, not to feed your ego, your personal aspirations, and your pet projects.