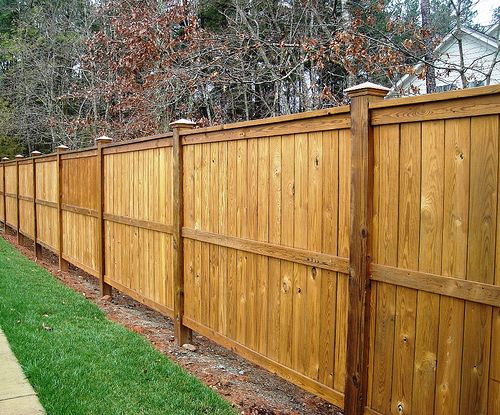 Most homes in Austin have fenced back yards. Most fences are built on the property line. The standard wood fence lasts about 8-15 years before it needs replacing (less if it’s a cheap starter home fence).

Usually, when replacement is needed, reasonable neighbors work it out and get it done, sharing materials and labor in a way agreeable to both, depending on who gets the “good” side and who wants the fence the most. Ideally, this is just an old fashioned handshake agreement and all goes well, and both neighbors are happy with the result.

But often things don’t go well. It only takes one unreasonable neighbor to make things difficult. Having managed and owned rentals in Austin for 20+ years, I’ve had many more “fence encounters” the past three months alone than most Austinites will encounter in 2 decades. What have I learned? … there are some very weird Austin kooks out there when it comes to dealing with fence issues.

Scenario #1 – Petulant ManBoy Brat and his Parents, Fiancee and Great Dane
I own a duplex in South Austin. I use to own the duplex next door as well. I purchased both in 1999 and sold one in 2003, keeping the other. There had never been a fence between the two duplexes, though there had always been fences along the surrounding lot lines in back and the outer sides. I’ve never rented to tenants with pets at the duplex, so I never needed or wanted a fence for each individual yard.

At some point, the new owner next door, without my knowledge or permission, installed a chain-link fence connecting the front corners of the two duplexes, thus creating a large combined “shared” fenced yard in back encompassing the back yard of my Unit B and their Unit A. Apparently, the tenant (daughter of the owner) asked my tenant at the time if it would be ok for them to have a dog. My tenant, as I’m told by the neighbor, said it would be ok. I never knew of this. Besides, the tenant wasn’t the proper person to ask as they don’t own the property.

Recently my new tenant reported to me ongoing problems with the neighbor, now the owner’s son, and dogs roaming the back yard, crapping in it, and making the yard a health hazard for her small kids because of all the dung.

At this point, and perhaps I expect too much of people, one would think:

A) Good pet owners don’t let their dogs run loose and crap in their neighbor’s yard.

B) it should take no more than a simple request to keep someone else’s dogs off my property.

That’s not how it went.